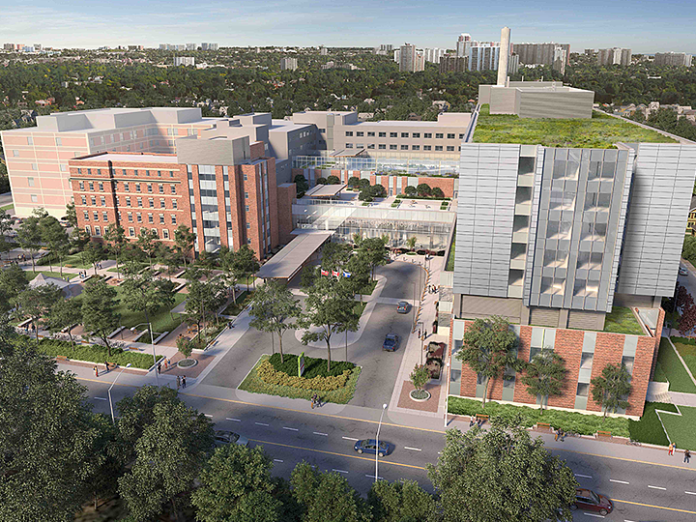 Toronto police have arrested and charged a 34-year-old man after two nooses were found at a construction site at Michael Garron Hospital last June.

Police were called to the site on June 10, after workers found two nooses hanging on construction equipment.

At the time a spokesperson from contractor EllisDon said the nooses were “strategically placed and appeared to be racially-motivated.”

The incident prompted an investigation by the Toronto Police Hate Crime Unit, leading to the arrest in December of Jason Lahay, 34, of Toronto.

“We fully cooperated with the Toronto Police Services (TPS) and this past weekend, TPS made an arrest related to a hate-motivated mischief and criminal harassment investigation at Michael Garron Hospital site.

“EllisDon wishes to thank everyone who has worked so hard to bring this matter, hopefully, to a close. We also wish to thank the victims specifically, everyone working on this project, the Michael Garron Hospital staff and the local community for their patience and for supporting each other during these difficult months.

“Most importantly, we recognize that a great deal more work needs to be done to eliminate these hate crimes, and the existing systemic racism within the construction industry and in Canada. Our work is not over, it has just begun.”

A task force was set up in response to several similar reports over the summer at construction sites across the city. This project team includes members of the Hate Crime Unit as well as investigators from 55 Division, 52 Division and 11 Division.

Lahay, 34, of Toronto, is charged with mischief interrupt property over $5,000 and three counts of criminal harassment. He is scheduled to appear at College Park Courts, on Jan. 13, 2021, at 2 p.m.

In a statement, police said “when suspected hate-motivated offences are reported to police, the investigation will be led by a divisional investigator. The Hate Crime Unit will be made aware and specialized officers from that unit will support the investigation as needed.”

If a person is charged and convicted of the offence, the Judge will take into consideration hate as an aggravating factor when imposing a sentence.

Toronto Councillor Paula Fletcher, who represents the area where the nooses were found, said she was “very happy” with the news of the arrest, and that her office “never stopped the pressure to investigate and make this arrest.”

City of Toronto launches next phase of the Bathurst Quay waterfront...