Mediation talks to save the $4 billion RendezVous LeBreton Group development of Ottawa’s LeBreton Flats have collapsed, causing the National Capital Commission (NCC) to reset the vision for its 55 acres of vacant land near downtown Ottawa.

The agency which oversees federally-owned land in Ottawa and Gatineau decided on March 7 to proceed in stages, breaking the area into different parcels. It said it will start by requesting proposals to develop the Library District, a 2.9 acre mixed-use site adjacent to the future location of the new Ottawa Public Library and Library and Archives Canada.

“The NCC will be open to a flexible real estate strategy to increase competition and leverage opportunities,” it said in a news release.

“A lot of work is already under way and soon we will invite the public to provide their input to help us design a refreshed vision for LeBreton Flats,” said NCC CEO Tobi Nussbaum. “The redevelopment of LeBreton Flats remains one of the NCC’s top priorities. While we are starting a new process today, we are not starting from scratch.”

The original and much larger area slated to for development was to include a new home for the Ottawa Senators, as well as other residential and commercial developments. The smaller Library District, which includes land that is ready for immediate development and would not have the arena. However, an arena or major anchor attraction could still be included in a future development phase.

The NCC said it had decided to cancel the original competition, meaning that will not negotiate or proceed with the proposal from the second place finisher, Devcore Canderel DLS.

“The (NCC) board made clear its desire that the new process incorporate lessons learned from the previous Request for Proposals and that it build upon and update the planning work that has been done by the NCC to date,” the NCC said in a Feb. 28 statement.

“Important to the success of the new approach will be community and public engagement, Algonquin consultation and collaboration with the City of Ottawa as well as private sector partners. This will be a timely, inclusive and creative process that reflects the site’s importance as both a capital and city-building opportunity.”

RendezVous LeBreton, a joint venture with participation from the Senators and The Trinity Group, ran into trouble when Senators owner Eugene Melynk and John Ruddy from the Trinity Group could not reach an understanding about shared risk and investment in the project. The dispute ended up in the courts in December as a January sign-off deadline neared.

The NCC granted a month’s extension to Feb. 28, and the competing parties agreed to mediation by Warren Winkler. However, the mediator reported on Feb. 27 “that the parties have been unable to reach a settlement,” the NCC said.
The NCC says that the Library District site should be shovel ready by early spring of 2021.

It will launch the RFP by November or December. Meanwhile, it anticipates inviting RFPs for “one or more” of the other parcels by the spring or summer of 2020, with the additional development starting in the fall of 2021. 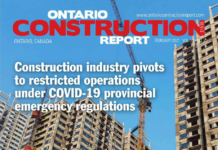 The school projects in detail