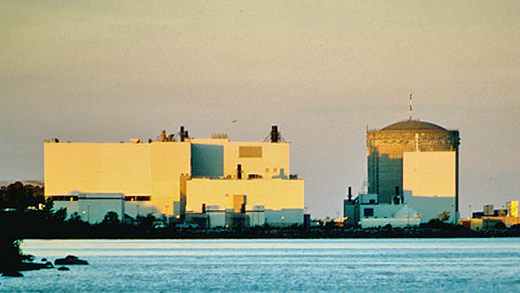 Ontario Power Generation (OPG) has awarded a $2.75 million joint venture contract to Aecon Group Inc. and SNC-Lavalin Nuclear Inc. to carry out the execution phase of its re-tube and feeder replacement project for the Darlington nuclear generating station refurbishment program.

The scope of work includes refurbishment of the reactor cores to replace the nuclear station’s critical components, using the tools and methods that were developed and tested during the project’s definition phase carried out by the joint venture, Aecon said in a news release.

The execution phase is targeted to commence in 2016 and will take approximately 10 years. Aecon’s $1.375 billion share of the contract will be added to its energy segment backlog in the first quarter of 2016, Aecon says.

“The Darlington nuclear refurbishment project will contribute significantly to the economic vitality of Ontario while ensuring the supply of emissions-free and reliable baseload electricity,” said Aecon Group Inc. president and CEO Teri McGibbon. “We look forward to working with OPG on what we are confident will become a benchmark project for the industry. We’d also like to thank Canada’s Building Trades for their support on this project,

“To best protect Ontario ratepayers and ensure OPG delivers refurbishment on-time and on-budget, the government has established off-ramps that require OPG to obtain government approval prior to proceeding with each of the remaining unit refurbishments,” a government announcement said.