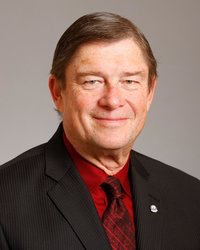 Clive Thurston, president of the Ontario General Contractors Association (OGCA) says in his June President’s Report that the industry should not be concerned about the provincial government’s delay in releasing Bruce Reynold’s comprehensive report about the Construction Lien Act.

“Some feel that it has been purposefully delayed, and have taken to reporting on rumours and taking positions before the facts are known, going so far as to suggest nefarious actions by unidentified anti-change interests, Thurston wrote. “OGCA members should not be concerned.

“First, we do know it is a lengthy and comprehensive report, some 300 pages and 100 or so recommendations. We do know that Mr. Reynolds and Ms. Vogel underwent a very thorough hearing from more than 60 parties, and they conducted interviews and consultations to ensure they heard everything that was necessary. Those of us who know Mr. Reynolds and Ms. Vogel are not surprised that they would be tabling a thorough and comprehensive report on this difficult issue.

“Further unrelated events within the government required more time: the translation and publishing of the document to the government members responsible; the illness of one of the two ministers involved in overseeing the report; the Premier being on trade missions; and most importantly, the cabinet shuffle, meaning two new ministers must be brought up-to-speed before the report goes public. Such delays, while disappointing, are not some part of a scheme to delay the documents release as some would have you believe, going so far as to accuse the Attorney General’s office of not having the competence to review it and the government itself of not caring.

“Such unfounded and inflammatory rhetoric belongs in theNational Enquirer, not on the pages of any reputable industry voice,” Thurston wrote.

“We believe that once released, and we do not expect that to be much longer, then the real work will begin. While no one knows exactly what is in it, we believe that it will be the start of a ground-breaking effort to reform the payment system for our projects in Ontario and will resonate across Canada. Its success will depend on the, so far, highly polarized sides putting aside their prejudices and personal agendas to work together side by side to achieve fairness and reform in the payment process for all parties.”