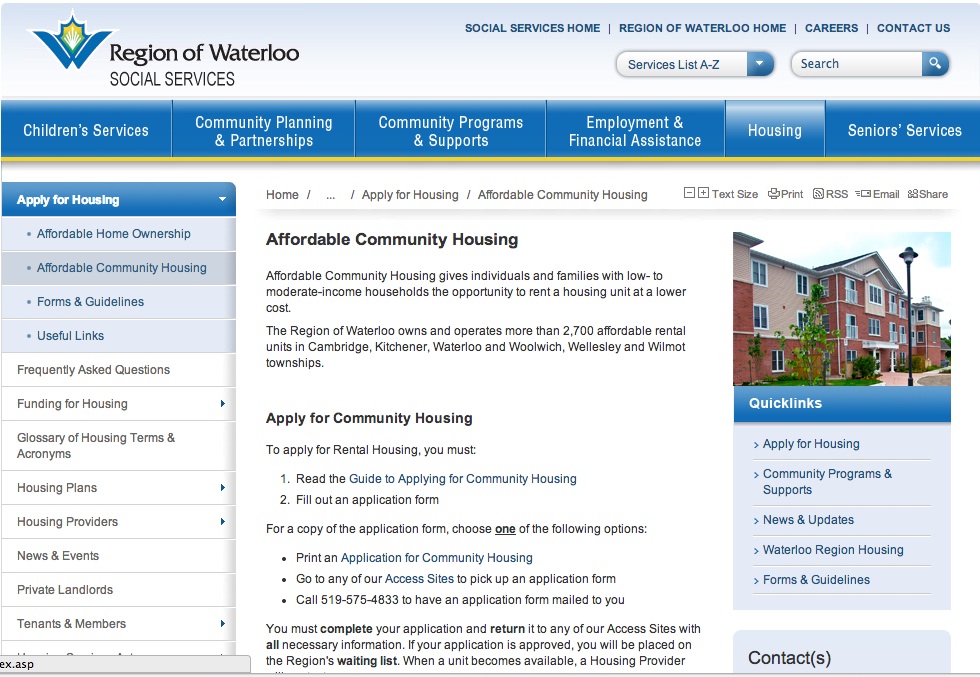 On Jan. 24, the federal and Ontario governments have celebrated the official opening of new affordable rental housing in Kitchener.

The construction of the new rental housing property has helped stimulate the economy and create about 95 jobs in Ontario. The project will help meet the housing needs of low-income individuals and persons with disabilities in Kitchener.

The $4.9 million investment provided by the federal and provincial governments was used to create two new four-storey buildings. The new buildings replace 16 former units demolished in 2010.

The 39 new affordable housing units, including three that are fully accessible, provide tenants with standard appliances, shared laundry facilities, and a common room. The investment is complemented by $155,820 from the Region of Waterloo and $114,982 from the City of Kitchener in waived development charges.

The $2.4 million funding for phase 1 of the project comes as a result of Canada’s Economic Action Plan and through the Social Housing Renovation and Retrofit Program.

The $2.5 million funding for phase 2 of the project comes as a result of the $481 million Investment in Affordable Housing 2011-2014 Agreement between the governments of Canada and Ontario.

Ontario continues to build new affordable housing and repair existing units for Ontarians with housing needs. Since 2003, Ontario’s funding commitment of nearly $3 billion is the largest affordable housing program in the province’s history.

The province is supporting the creation of over 17,000 affordable rental housing units, making more than 263,000 repairs and improvements to social and affordable housing units, and providing rental down payment assistance to over 81,000 households in need.