The process of reviewing Ontario’s Construction Lien Act and introducing legislation to promote prompt payment will likely move into high gear soon, with the establishment of a new Ontario prompt payment group and government’s impending appointment of a chairperson to conduct the review.

A spokesperson for the Ministry of the Attorney General said in a statement to Ontario Construction Report that the ministry will conduct the review in partnership with the Ministry of Economic Development, Employment and Infrastructure.

“The ministries are currently in discussions with a potential Chair to undertake this project. An announcement will be made very shortly,” wrote Christine Burke, press secretary for the Ministry of the Attorney General.

“The government is committed to modernizing the Construction Lien Act to reflect the reality of today’s construction industry and to address payment risk within the sector,” she wrote. “The objective is to ensure that companies are paid in a timely way for work they have done.

“Over the past few years, the ministry has heard from a diverse group of stakeholders in the construction industry about concerns they have with the Act. That’s why we are proposing that the Construction Lien Act be reviewed. The government is also responding to feedback from public hearings on Bill 69, the Prompt Payment Act, which identified a need to close gaps in Ontario’s construction laws in order to better protect large and small members of the construction sector.”

Meanwhile, leaders from a variety of Ontario’s construction industry segments have launched Prompt Payment Ontario (PPO) to advocate for the passing of provincial prompt payment legislation.

“The whole idea is to ensure that the government understands that PPO is the voice of the industry with respect to prompt payment,” PPO president Eryl Roberts has been quoted as saying in a published report. “And, the only way we are going to get them to understand that is to keep putting our case forward to them and the general public.”

“It is really all about creating an organization that gives a voice and opportunity to participate to all the stakeholders in the construction chain, who are in support of prompt payment legislation and the fair distribution of risk,” Roberts was quoted as saying.

PPO’s focus is to keep the government focused on the topic.

“We would have thought that the majority status for the government would have maybe emboldened and energized (it) on the principle of prompt payment,” he said in the October published report. “But, we get the sense that, instead, it has been back-burnered. So, the primary purpose of Prompt Payment Ontario is to make sure that we keep the profile of prompt payment before the government to encourage them to act.”

Roberts, executive vice-president of labour relations with the Electrical Contractors Association of Ontario, said the previous attempt to encourage prompt payment legislation in 2013 (Bill 69) was driven by the National Trade Contractors Coalition of Canada.

“The Bill 69 issue was focused on the GCs (general contractors) and the trade contractors, where in fact you have to recognize that it is to flow through,” Roberts was quoted as saying. “It doesn’t just stop with us – the trade subcontractors. It goes to our subs-subs, suppliers, manufacturers, employees, labour organizations, their benefits plans and government, which should be involved, because it goes to the tax regime as well.”

Despite extensive lobbying and a costly media campaign, a coalition of organizations including owners and contractors stepped in to derail the original Bill 69 proposals, suggesting the more comprehensive solution would involve reviewing the construction lien legislation. Private and public owners raised concern about Bill 69’s payment timelines, lack of recognition for payments tied to milestones, and progress payment provisions. 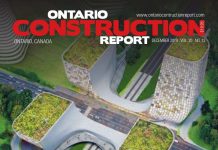 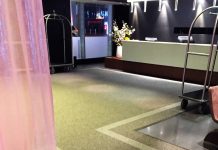