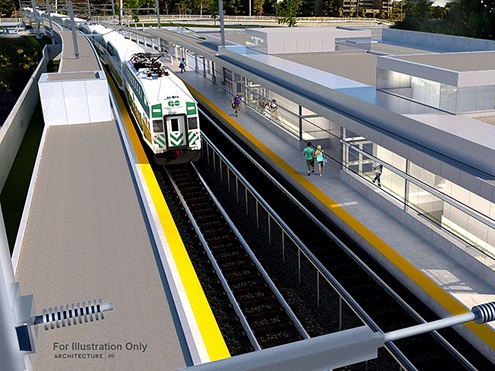 The project includes upgrades to tracks, platforms with canopies, new pedestrian connections and amenities at the Milliken, Agincourt, and Unionville GO stations along the Stouffville Corridor. The project also includes a road/rail grade separation at Steeles Ave., with a railway overpass bridge.

Work on the Stouffville GO corridor is part of a larger, system-wide plan to improve overall GO Transit service, including the delivery of GO RER. GO RER will provide faster and more frequent service across the GO rail network, with electrified service on core segments, including the Union Pearson Express, by 2024-25. As part of GO RER, weekly trips across the entire GO rail network will grow from about 1,500 to nearly 6,000 by 2024-25.

EDTI will commence design in March, with construction beginning in September 2018, and substantial completion expected by December 2020.

The province is investing $21.3 billion to transform the GO Transit Network from a commuter transit system to a regional rapid transit system. This is one of the largest transit infrastructure investments in North America.