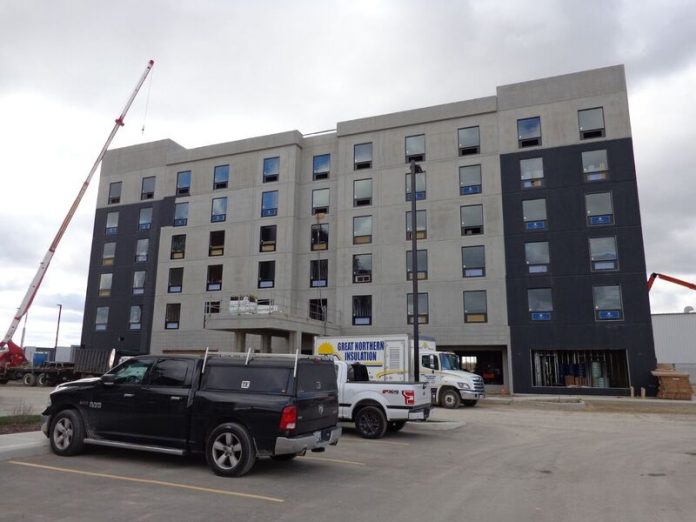 Expected to open in the spring of 2019, Home 2 Suites in Brantford is a six-storey project by Hilton Hotels that will add 90 suites to this busy community.

Developed by Vrancor Group, the general contractor is M2 Construction Management and the project has been supported by Stubbe’s Precast and other subcontractors from the Brantford, Hamilton, Kitchener/Waterloo and surrounding areas.

Stubbe’s project manager Frans VandenHeuvel says the building is a total precast structure with an area of 10,915 sq. ft. on the typical floors and 12,357 sq. ft. on the ground floor. All walls, columns, beams, floors, stairs and landings were supplied and installed by Stubbe’s Precast.

The hotel consists of 90 suites on levels two through six with all amenities located on the ground floor. These include a lounge area/lobby, breakfast and server areas, pool, games room, golf simulator and fitness room. The exterior design includes a trellis with seating and a barbeque area off the lounge as well as a lounge area outside of the pool. 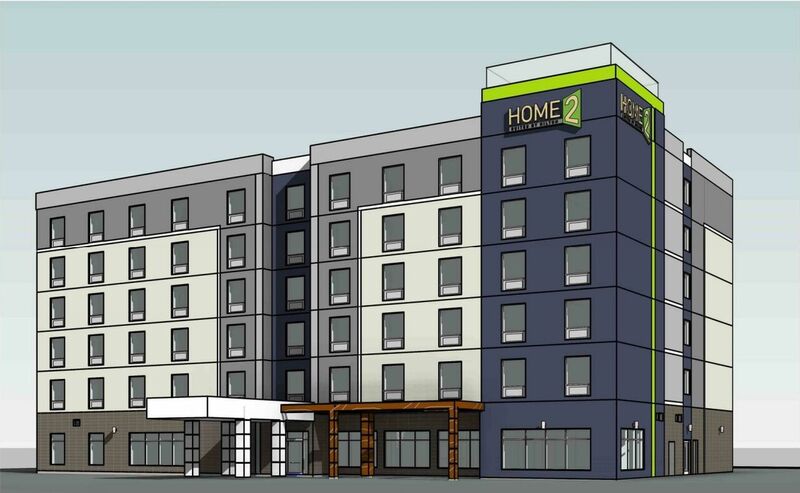 Building on 35 years of precast experience, he says that over the last decade, the company has combined its innovative precast products to provide an all-inclusive “Total Precast” option, which is rapidly becoming the leading choice for multi-level structures across Ontario.

“We have worked together on multiple projects with Vrancor Group to bring projects to a successful completion and that relationship brought us together to complete another project with Home 2 Suites.”

Project designers wanted to eliminate the precast inverted tee beams to create a flush ceiling on the ground floor. “On previous projects with the developer they have had problems running their mechanical, electrical, plumbing and sprinkler lines around the beams, often running out of space in the corridors.”

“These second floor walls were then heavily reinforced to transfer the load from the building above to the supporting columns, eliminating the need for the inverted tee beams.”

VandeHeuval said it is important for pre-cast projects to co-ordinate all openings and cast-ins in the walls for mechanical, electrical, plumbing and sprinkler ahead of time, as well as larger openings in the floors that cannot be cored on site.  “To co-ordinate this we had multiple meetings with the designers and contractors to review their requirements and show them on the shop drawings.” 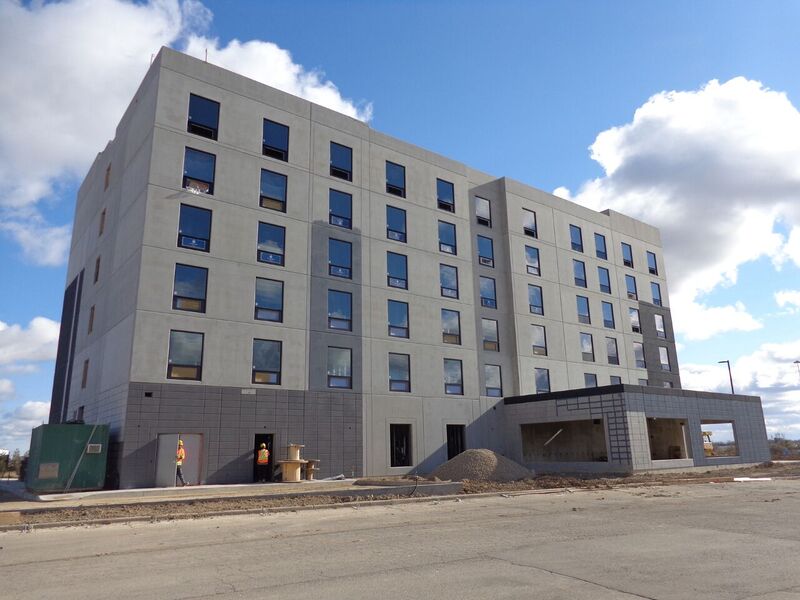 Precast concrete is a natural choice for sustainability. “A total precast concrete building is built using primarily regionally sourced materials, which are then used to manufacture the product locally to the site, all minimizing the transportation distances and greenhouse gas emissions. A percentage of the reinforcement also comes from recycled materials, reducing the impact of waste.”

The building went up quickly, as well.

“Using the total precast structural system we were able to fully erect the building in 30 working days,” he said. “This allowed the trades to follow behind closely to close in and finish the building, reducing the overall construction duration while providing added quality.”

Bruce Power and its Life-Extension Program