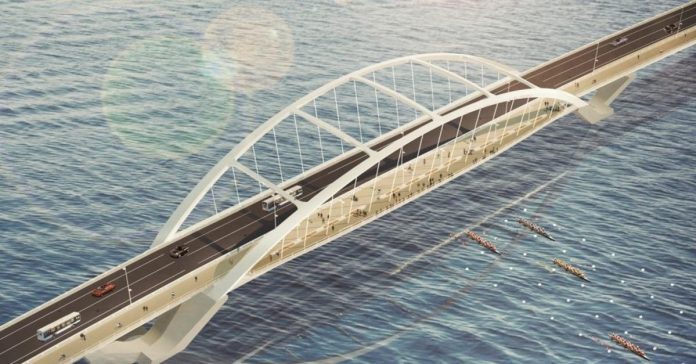 Kiewit, Hatch and SYSTRA were one of three shortlisted proponents to submit a proposal on the bridge project. Seven international teams initially applied for the job when requests for proposals were issued in February 2018.

To deliver the project on time and on budget, the city has chosen an integrated project delivery model, which is similar to a design-build model with the exception that the city of Kingston, along with the contracted design and construction partners, will work within the defined $180 million budget and share the risk and reward to deliver the best possible bridge. The four teams develop shared goals and accept responsibilities as equal partners, according to a statement from the city.

From September 2018 through to December 2019, the new project team will be doing early site preparation, conducting additional environmental and geotechnical investigations to inform the work with Parks Canada, and working through design validation.

Once complete, the new 1.2km bridge will extend over the Cataraqui River connecting the east side and west side communities. A new two-lane bridge will improve emergency services response, increase active transportation through a multi-use pedestrian and bike pathway.

The bridge construction is expected to begin in summer 2019. The project is being jointly funded by the federal government, the province of Ontario and the city of Kingston.