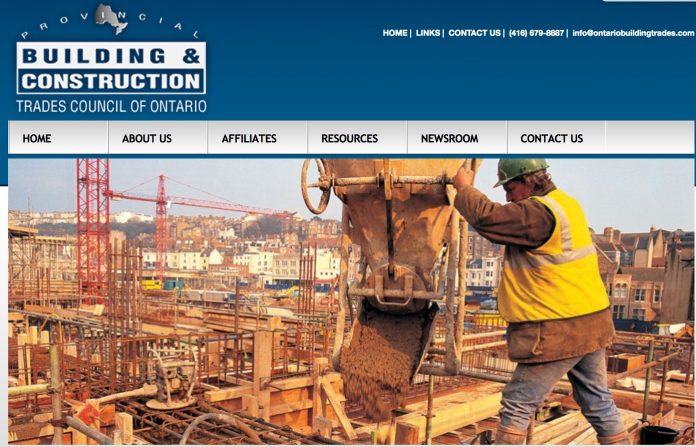 The Provincial Building and Construction Trades Council of Ontario (PBCTCO) indicated its support for recently introduced legislation by Attorney General Yasir Naqvi that updates and modernizes the Construction Lien Act.

“We are pleased to see the government is listening to the industry in addressing important issues we have raised over the past several years,” business manager Patrick Dillon, said in a statement.

“We have been advocating for changes that require prompt payment on construction projects. This new legislation finally addresses those concerns”, said Dillon. Under the proposed legislation contractors will have a defined schedule to claim money owed under invoices. They in turn will be required to pay their sub-contractors within seven days after receiving payment.

Among the other changes proposed in the act is language that clarifies a worker’s lien rights continue until 60 days after the final worker of that union provides services to a site. In addition, the proposed legislation introduces a more streamlined dispute resolution system while continuing to recognize the union’s priority to the statutory holdback as provided in section 81. The proposed changes also recognize new financing and ownership models of public projects.

“Minister Naqvi is to be congratulated on his efforts to modernize provincial construction laws and to address key issues which will improve the efficiency and competitiveness for construction businesses in Ontario,” said Dillon. “We will continue to work with the Minister and government.

The PBCTO represents 150,000 trades workers throughout the province.