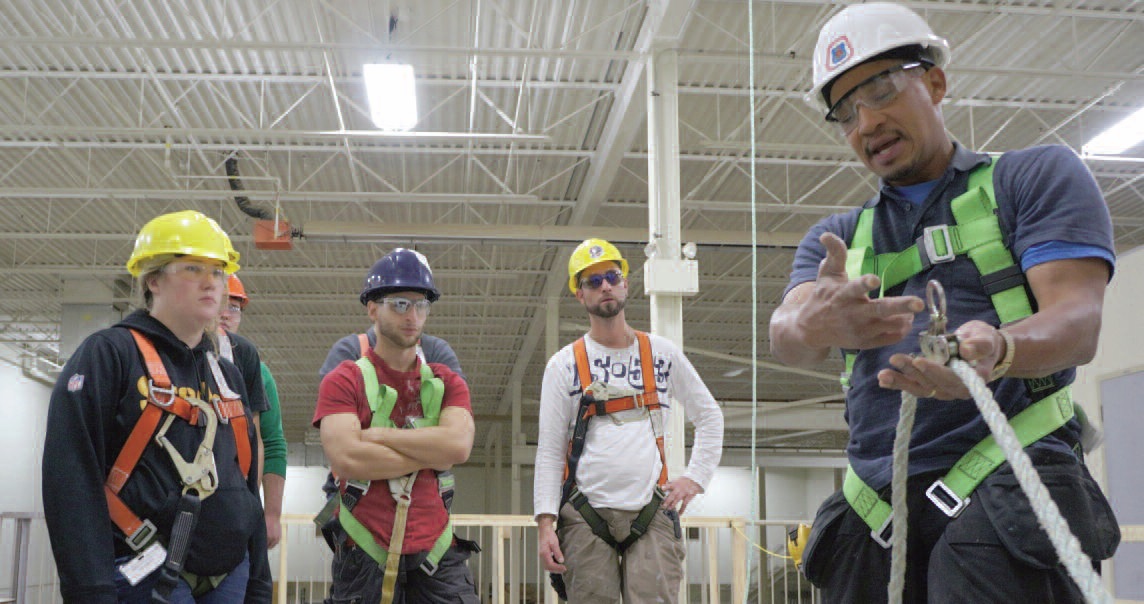 Ontario’s organized construction labour movement has enjoyed a reasonably healthy year in 2015, with transit and infrastructure work – and indications of more to come – along with urban high-rise building, offsetting some declines and challenges in the manufacturing and resource economies, says Patrick Dillon, business manager and secretary treasurer of the Provincial Building and Construction Trades Council of Ontario.

Overall, the unionized sector held steady, with an estimated 170,000 organized labour members employed throughout the province. Dillon says 10 years ago, there were about 150,000 unionized construction workers in Ontario, but this small increase in numbers belies a much greater improvement in productivity – a process that has been in place for several decades and is increasing year by year.

“Back in the late 1950s, when the Skyway Bridge was built between Burlington and Hamilton it took 300 people three years to build the bridge; when we twinned the same bridge in the early 90s, we were there less than a year, with less than 100 people on the job site.” Progress has continued to accelerate since then, he said.

Unions have helped their members keep pace with the technological advances with training centres throughout the province. “We’re continuously training the apprentices coming into the trades, and upgrading the training of journeypersons – it is a continuous lifelong learning experience when you start a career in construction,” he said.

While, overall the construction labour movement enjoyed a peaceful and productive year in 2015, it experienced some challenges and controversies relating to the Ontario College of Trades (OCOT) and Tony Dean’s review released late in the year.

Dean made it clear in his report that there needs to be changes in the OCOT’s governance model to resolve jurisdictional challenges and maintain a healthy construction industry environment.

In this aspect, the Labourers International Union of North America (LiUNA) – long considered to be part of organized labour – stood apart from the skilled trades, whose leaders have expressed dismay with Dean’s recommendations.

LiUNA members had been concerned about the initiatives towards compulsory certification of certain trades such as carpentry, and requirements that certified tradespeople be the only people allowed to do certain job site tasks that had been long within the labourers’ bargaining unit’s mandate. This problem reached a boiling point when OCOT enforcement officers started ticketing LiUNA members a couple of years ago, resulting in the decision by LiUNA to join a coalition of non-union workers and employers in a fight against the OCOT.

(Before the last provincial election, premier Kathleen Wynne, hearing the complaints, mandated a review – which she implemented by asking Tony Dean to study the OCOT. The government has accepted and will implement Dean’s recommendations.)

“Mr. Dean has delivered a solid report and we are encouraged that both the Ontario government and the OCOT have accepted his recommendations,” said Joseph Mancinelli, LiUNA International vice-president and regional manager of central and Eastern Canada region. “This report provides a good path forward to ensure that OCOT will work in the public interest and promote the trades in Ontario. Dean’s recommendations strike the right balance for labour and business in the construction industry.”

“LiUNA Local 183 participated actively throughout the OCOT review process on behalf of the more than 46,000 Ontario construction workers we represent,” said Jack Oliveira, business manager of LiUNA Local 183 and LiUNA Ontario Provincial District Council. “Throughout his review, Tony Dean demonstrated a strong commitment to transparency and a rigorous analysis of the issues, and we appreciated his accessibility and openness with all participants. Our confidence in his independence, broad expertise and thorough understanding of the complexities of the construction sector was widely shared.”

Dillon, meanwhile, said he found the Dean Report to be “troubling.”

“The government has made a gigantic mistake, by not letting the OCOT fix the problems itself,” he said. He said it doesn’t make sense for “a panel of expert” who aren’t experts in construction to deal with what the experts in construction are doing.” This relates to Dean’s observation that the decision making panels on topics such as compulsory certification should be made up of individuals not directly involved in the industry.

Dillon emphasized he was speaking for himself, and the various trades are speaking for their own circumstances. Representatives of several currently certified trades, as well as the Carpenters District Council of Ontario (CDCO), which has been seeking compulsory certification for the general carpentry trade, have expressed opposition to Dean’s decision.

“It’s unfortunate that the government is committing to more bureaucracy instead of placing public protection first,” said Tony Iannuzzi, the CDCO’s executive secretary treasurer. “What Ontario really needs is a future in which young people can learn a skilled trade the right way, and be proud of the trade they do. That only happens when we start treating trades professionally.”

“Carpenters perform very specific skilled work, and in order to guarantee the safety of both workers and consumers, it is vital that all workers within this trade are all trained to the same high standards,” the CDCO said in a news release. “The Carpenters’ Union has been attempting to address this issue for the past 30 years.”

“The Carpenters’ Union has been a champion of the College of Trades. We were excited about the possibilities Mr. Dean’s review of the college could have offered, including: consumer protection; safeguarding the publics’ interest; and increasing the training and professionalization of the trades. While we thank Mr. Dean and the government for their hard work and dedication to the subject; some of the recommendations, in particular the ones with respect to classification, have left Ontario’s tradespeople disappointed.”

“The government’s commitment to infrastructure and the building of Ontario should not only just focus on physical structures but should equally focus on building the best trades workforce in the world,” said Iannuzzi. “These recommendations delay the process of creating a compulsory certified trade that ensures formally trained skilled workers are the ones building Ontario up.”

Dillon said there is no doubt that there have always been jurisdictional issues in the construction industry. “What the government doesn’t seem to realize, is that this is one of the areas that the Ontario Labour Relations Board (ORLB) is supposed to deal with.”

“The College of Trades should not be dealing with jurisdiction – and for enforcement issues, someone in the premier’s office thinks he or she is smarter than all the trades in coming up with a solution,” he said.

Regardless, union leaders say they will continue to improve training and apprenticeship systems for its members (see separate story about Carpenters Union training initiatives) and will prepare its members with specialized training for the upcoming additional workload on transit projects and nuclear reactor refurbishment.

“We’ve also got to keep on track with what’s happening with Hydro One, the building tradespeople and our contractors,” Dillon said.

“People have varying opinions on privatization, how bad or how good it is.” He says the issue is how privatization is handled, observing the success of Bruce Power, “which has been a good thing for the power sector.”

“There’s potential there, if things are done right.”