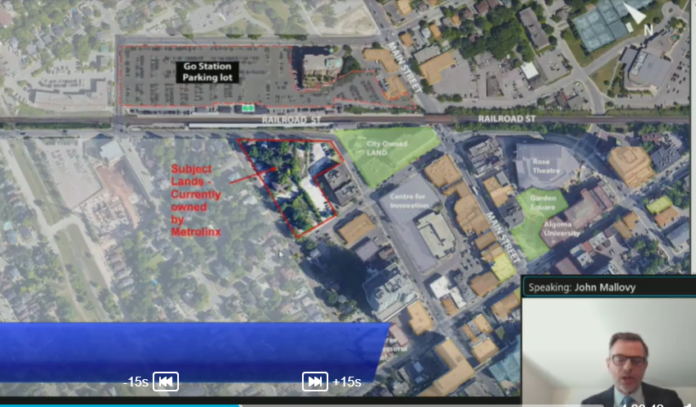 Rogers wants to build a new $100-million, 200,000-sq. ft. office and retail complex adjacent to the Brampton GO station and redevelop the site of its current offices on Dixie Road to include 25 acres of residential towers and stacked townhouses along with up to 1.2 million square feet of industrial and warehouse space.

At a Brampton council meeting in late January, Rogers presented its plan and asked for the city’s support in requesting two Minister’s Zoning Orders (MZOs) from the province to rezone the site of the proposed complex and its current offices.

Council unanimously voted to back Rogers’ proposal, advocate for the sale of the downtown land currently owned by Metrolinx and support two Ministers Zoning Order applications to allow the development to proceed.

Mayor Patrick Brown says the strategic new $100 million development will spur a vibrant transit-oriented community and situate the new Rogers Brampton office at the centre of Canada’s Innovation Corridor, broadening both Rogers and Brampton’s access to talent. Additionally, the relocation of the Cybersecurity unit from the Rogers Brampton Campus to the Innovation District.

“I am absolutely thrilled to welcome this proposed relocation of Rogers, which builds on the transformation underway and recent investments the city has made,” Brown said. “A new Rogers site in the city’s core will further strengthen our position on Canada’s Innovation Corridor and as a national leader in Cybersecurity, and I look forward to the exciting next steps.”

The proposed site of the new campus is owned by Metrolinx, with Rogers aiming to purchase the land from the province.

Rogers vice-president of corporate real estate John Mallovy told council the complex would creat in thousands of high-paying technology jobs and “is essential to Rogers’ ability to make a long-term investment in a new Brampton campus.”

Councillors say the new campus could be a catalyst for more investment in downtown Brampton.

“The city is making great strides in its efforts to transform Downtown Brampton,” said Paul Vicente, regional councillor. “This campus will serve the long-term revitalization and economic success of the downtown. We look forward to continued planning on this exciting project and enhancing the city’s core for our residents, businesses and local stakeholders.”

The site of the proposed new Rogers campus was previously slated for a Ryerson University satellite campus, but funding for the project was scrapped by the province in 2018.

“Through strategic investments and planning, we are signaling to our partners and our business community that we are serious about driving smart, sustainable and successful growth,” said CAO David Barrick.

“We are so pleased Rogers recognizes this and is looking to join the transformative work underway in our downtown. Through this new development, we will be creating jobs, supporting our economic recovery and growth, and improving quality of life for the residents of Brampton.”

Thousands of new houses will change the face of Midhurst, a...