The CBSA ruled on Sept. 6 that dumping – that is a manufacturer selling its product in Canada less than the price in the home market – has occurred “with respect to certain gypsum board originated in or exported from the United States of America, imported into Canada for use or consumption in the provinces of British Columbia, Alberta, Saskatchewan, and Manitoba as well as the Yukon and Northwest Territories.”

The duties are punitive. Gypsum board supplied by CertainTeed Gypsum and Ceiling Manufacturing Inc., is now subject to 125 per cent provisional duty payments; while Georgia-Pacific Gypsum LLC has been slapped with 105.2 per cent duties and United States Gypsum Company, 143.6 per cent. Duties on “all other exporters” (as a percentage of export price) skyrocket to 276.5 per cent.

(The numbers may seem higher at first sight than they are in impact. A 105.2 per cent duty in fact is actually a 5.2 per cent increase, but obviously a 176.5 per cent ‘real’ increase would be drastic.)

The new duties arise after CertainTeed, based in Pennsylvania, filed anti-dumping complaints to the Canadian International Trade Tribunal and the CBSA on behalf of its Canadian owned business, CertainTeed Gypsum Canada.

CertainTeed, which operates a drywall plant in B.C.’s Lower Mainland near Vancouver, claims that western Canadian companies are importing drywall from the United States at substantially lower than market prices and are flooding the market with it, the Nanaimo (BC) News Bulletin has reported.

The publication said that CertainTeed, in an emailed statement, said: “Our actions are meant to stop this practice and bring a level playing field to the western Canadian marketplace by having all manufacturers conform to the regulatory and legal requirements as prescribed under Canadian law.”

The decision could have implications for the drywall market in eastern Canada as well, as western Canadian customers scramble to replace their U.S. supplies with Canadian manufactured gypsum board. This could result in supply shortages and pressures on prices throughout the country.

Manufacturers affected by the decision can appeal it until Dec. 15, but the duty went into effect immediately, meaning there are serious pressures on contractors with fixed price agreements, who budgeted for their work at the lower prices and now have a shocking increase in costs.

“The ripple effect has already started for the eastern market with some announcement of price increases,” said an eastern Canadian gypsum board distributor. “It is too soon to know how much and all the details but it is a major scramble for the manufacturers. We may find out in one or two weeks.”

The distributor followed up with an observation that manufacturers had announced before the anti-dumping decision that prices would increase between six and 12 per cent in October. These increases have gone through.

“October will be the test,” he said. “We are more concern about shortage for now. It changes every day, it seems they all are making some announcement to see what the others will do,” he said.

Meanwhile, CertainTeed Gypsum Canada has issued a news release saying the company is “disappointed and surprised at the recent call for boycotts of our drywall products by some Canadian customers and certain western Canadian associations, and through commentary in the Canadian media, related to our anti-dumping complaint and the subsequent provisional duties announced by the CBSA on Sept. 6.”

“We would like to put this issue into clear context: This is about Canadian law and Canadian jobs.”

“We filed an anti-dumping complaint because drywall manufacturers based in the U.S. were exporting large and growing volumes of products into western Canada in the last few years at prices materially lower than those at which they are sold in the U.S.”

“Such dumping creates material injury to domestic manufacturers in the form of share loss and price and margin suppression. Under Canadian law, this is considered an unfair trade practice sanctioned through an offsetting duty or tariff.”

“The magnitude of the provisional duty announced is indicative of the very large price difference between the U.S. and Canada and the enormous margin of dumping, which is having a devastating impact on the value of gypsum board in western Canada.”

“To give some context as to the seriousness of the current situation, there was a historical anti-dumping case involving gypsum board that was filed in Canada in 1992. The current dumping situation is significantly worse than what Canadian producers faced back in 1992. The market share of U.S. imports in the 1992 case was in the range of eight to nine per cent, while in the current case U.S. imports account for more than half of the market in western Canada. The dumping margins determined by the Canadian government in the 1992 case were around 27 per cent, whereas the preliminary margins in this case range from just over 100 per cent to 276 per cent.”

“Our actions are meant to stop this practice and bring a level playing field and fair competition to the western Canadian marketplace by having all manufacturers conform to regulatory and legal requirements as prescribed under Canadian law. Faced with increasing injury from dumping, we had to terminate western Canadian employees, reduce investment in our manufacturing plants, mine operations and business, and put in jeopardy the continued viability of our plants. We could not allow our business and the jobs of our Canadian employees to be further harmed, and the viability and survival of our plants to be put at risk due to unfair dumping, without seeking the legal redress which is available under Canadian trade law.”

“We have maintained our commitment to Canada over many decades, and since the financial crisis in 2008, are the only manufacturer to have kept all of our western Canadian plants and operations open, while U.S. companies closed theirs. We have gypsum board plants in Vancouver, Calgary and Winnipeg and mines in Windermere, B.C. and Amaranth Manitoba supplying those plants. Across Canada we employ more than 1,000 people and are proudly committed to manufacturing building materials in Canada and servicing and supplying Canadian customers coast to coast.”

“The provisional duty will not have any direct impact on supply, however, it seems with the resulting market uncertainty, Canadian drywall manufacturers are seeing an increase in demand for products. We are now rehiring employees we had to terminate due to the dumping injury and restarting shifts at our plants in western Canada to increase supply to help meet the increased needs of our customers.”

“We understand the concern and uncertainty regarding the potential price consequences of gypsum board post the duty. Very shortly after we filed the complaint, we informed all our customers in early May of this year that the complaint had been filed in order to give as much notice and time possible to prepare and react. We will continue to work closely with those customers to keep them informed and assist them where we can during this time of transition.” 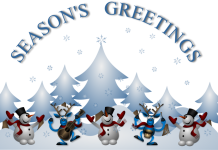 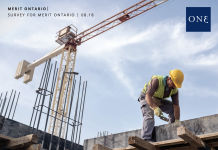 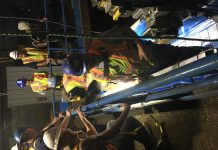