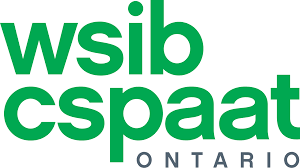 The Toronto Star has reported that the Ontario worker compensation board is discussing reform to current laws “that prevent injured workers with chronic mental stress from receiving benefits, but says it cannot reverse its policy of denying compensation without legislative change.”

The article says in a letter to the Star, Workplace Safety and Insurance Board executive Brian Jarvis said the organization “has been in discussion with the Ministry of Labour on possible options” to its policy on compensation for workers struggling with mental health issues because of prolonged workplace trauma, adding that currently such workers are not entitled to benefits.

WSIB reportedly issued a statement declining to add further details on the ongoing discussions, but the letter from Jarvis noted: “The WSIB has a long history of adjudicating claims for workers with mental illness and takes this responsibility very seriously. We have specialized teams of case managers and nurse consultants dedicated to managing mental stress claims in a timely and compassionate manner.”

The Star says WSIB has been under scrutiny for what has been called “systematic discrimination against workers with chronic mental stress” and a complaint has been filed with the Ontario Human Rights Commission.

Under Ontario law, the board must compensate mental stress injuries resulting from “an acute reaction to a sudden and unexpected traumatic event at work,” for example witnessing a death on the job. But the Star reports workers who develop psychological conditions from prolonged workplace trauma, like ongoing bullying, are not entitled to benefits at all, unless they are first responders.

Jarvis has been quoted as saying the tribunal “does not have the power to strike down legislation, so the relevant provisions remain in effect and are the current law in Ontario.”

The board reportedly acknowledged to the Star that it does have the jurisdiction but also that it makes decisions “on a case by case basis.”

Critics say the board is ignoring its legal obligations and duties, turning a blind eye to those impacted.