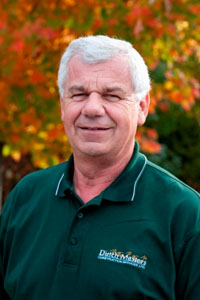 Gary van Bolderen, a long-time director and past-president of the Canadian Farm Builders Association (CFBA), has been appointed as first vice-chair with the Council of Ontario Construction Associations (COCA).

Van Bolderen has held prominent roles with the CFBA for 34 years, a CFBA news release reports. He is owner and president of Dutch Masters Construction Services Ltd.,  which has served exclusively the equestrian industry for the past 25 years.

The COCA first vice-chair traditionally is the stepping stone to the provincial association’s chair/leadership role.

He has represented the CFBA on COCA’s Board of Directors for many years, and most recently was COCA’s second vice-chair.

“Gary has been a significant driving force in assisting the CFBA to move forward over the years and has been a vital contributor in keeping important matters that arise within the industry, front and centre” said CFBA president Mark Cook. “Gary is a leader who stands out. He is enthusiastic, honest, and passionate about his role with the CFBA and COCA. With his strong leadership skills, Gary is a firm advocate and solid mentor for those working in the construction industry. “

The CFBA represents over 200 members and works to promote and advance the construction and standards of farm buildings in Canada, representing the association in matters administered by governments and encouraging high quality work, fair dealings, and the exchange of information.

“I am humbled by the opportunity provided by COCA, which is the recognised voice of construction at Queen’s Park, to represent the needs of construction as a whole, but also the unique needs of the farm building community,” van Bolderen said. “I appreciate the support of the CFBA board of directors and the membership, as I take on this new responsibility. “