About a day after winning the right to prove its case in a $125 million defamation trial against the Globe and Mail, Bondfield Construction Company Ltd. applied for court protection from its creditors. The contractor’s financial woes have already resulted in what is described as the largest surety claim in Canadian history.

The Vaughan-based company filed an application on March 6 in Ontario Superior Court in Toronto seeking protection under the Companies’ Creditors Arrangement Act (CCAA).

Bondfield requested an interim order from Justice Glenn Hainey to prohibit creditors from taking action against the company so it could focus on completing construction projects while seeking to strengthen its balance sheet.

Bondfield had an $80 million credit facility with Bridging Finance, but that funding has matured and the company has required full repayment. Bondfield said that all of its operations have been funded since August, 2018 by its surety, Zurich Insurance Company Ltd., other than costs that could be covered by ordinary cash flow.

Earlier court filings indicate that two Bondfield numbered company subsidiaries of went into receivership in December. These Ontario corporations were responsible for redeveloping St. Michael’s Hospital in Toronto and Cambridge Memorial Hospital. The documents report that Zurich provided the surety.

Office of the Superintendent of Financial Institutions (OSFI) records say that Zurich reported 444 contract surety claims by the end of the third quarter in 2018, with total surety claims incurred of $204,630,000 on total premiums written of $25,164,000.

Zurich has agreed to provide $8-million in debtor-in-possession (DIP) interim financing to help the company continue to operate, but only if it is granted priority status in any claims against Bondfield. “Without the DIP facility, the Bondfield Group will be forced to shut down its operations with a significant loss of employment,” the application said.

Bondfield said more than 200 lawsuits have been filed against it or its board of directors in the the past 12 months, many related to unpaid accounts from subcontractors or breaches of contract from the institutions that hired the contractor.

Many subcontractors have to be paid for work they had already completed, including seeking payments directly from the public-sector institutions and receiving compensation from Zurich.

Bondfield asserted in its libel action against the Globe and Mail last year that negative publicity from a series of articles about the company contributed to its financial woes. The lawsuit was initially dismissed because of the Globe and Mail’s argument that the lawsuit violated provisions designed to stop litigation intended to be vexatious or silence the media.

However, the Court of Appeal overturned that decision. The appeals court ruled unanimously that while both sides have legitimate arguments, the Bondfield libel action cannot be said to amount to an effort to silence public interest reporting — usually referred to as strategic litigation against public participation or a SLAPP suit.

“Unlike SLAPP suits which reek of the plaintiff’s improper motives, claims of phantom harm, and bullying tactics, this litigation smells of a genuine controversy,” the Appeal Court said. “It should be tried on its merits.”

The Globe and Mail published five stories between September 2015 and February 2016 about Bondfield’s successful bid on a $300-million contract to build a new critical care facility at St. Michael’s Hospital in downtown Toronto.

“Bondfield made out a formidable case of significant harm suffered or likely to be suffered as a result of the articles — should they be found to be defamatory,” the Appeal Court said. “There is, however, much to be said for the public interest in protecting the Globe’s freedom of expression.”

The recent Appeals Court ruling also sets aside Morgan’s $500,000 award to the Globe for its legal costs. 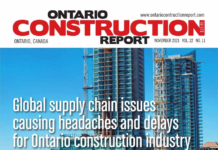 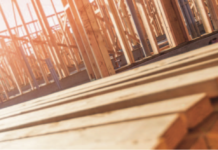 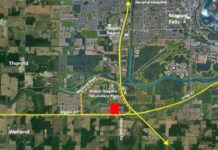 COVID-19 contract language: Should the contractor take all the risk?