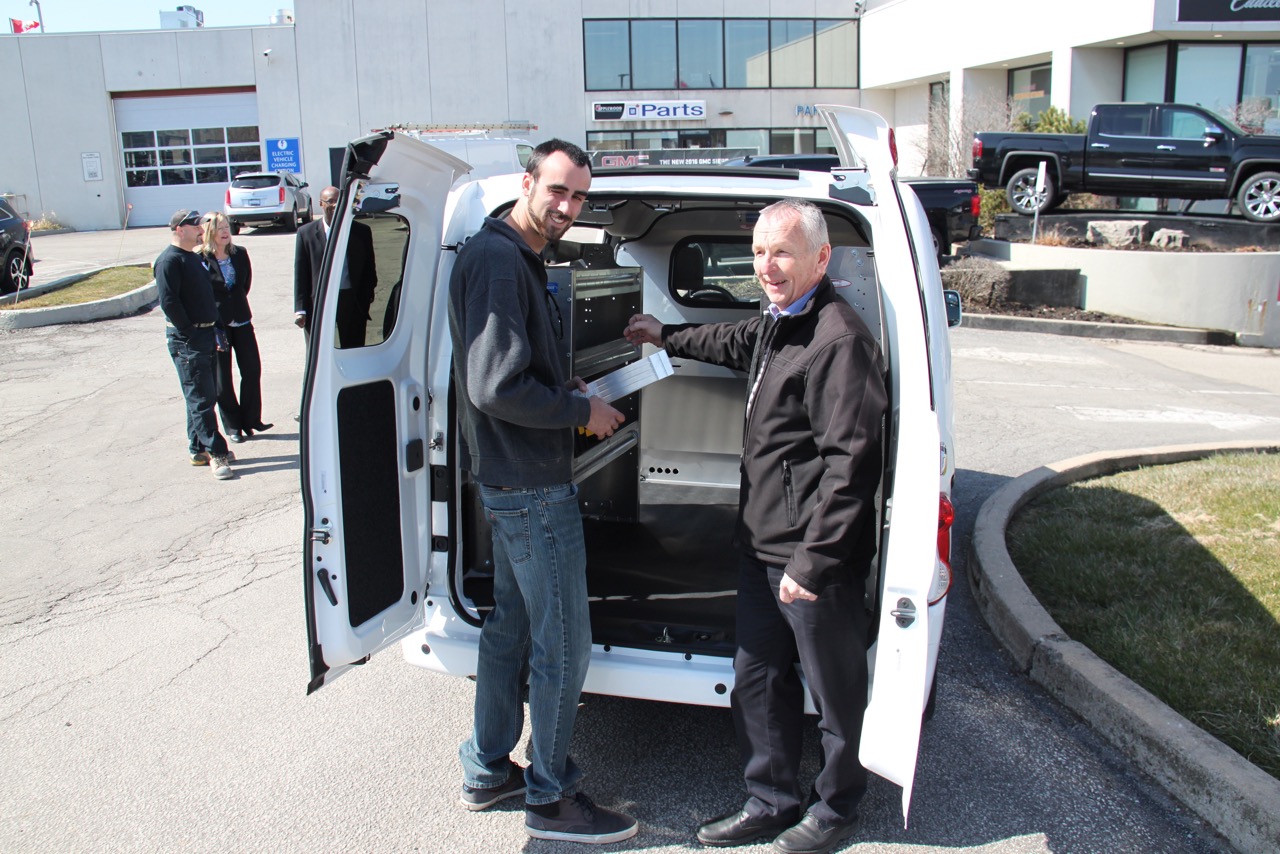 The prize was awarded on Friday, April 15 at Applewood Chevrolet, Buick, GMC Cadillac in Mississauga.

The new Chevrolet City Express LT van and custom racking by Farmbro was an important part of the CMPX 2016 show promotional program that delivered a significant attendance increase in 2016.

The drawing was held at the close of the CMPX 2016 show on March 18. The winner was required to answer a skill-testing question and had to be determined to be a legitimate and properly qualified according to contest regulations.

The  CMPX 2018 show will be from  March 21 through March 23, 2018 at the Metro Toronto Convention Centre, North Building