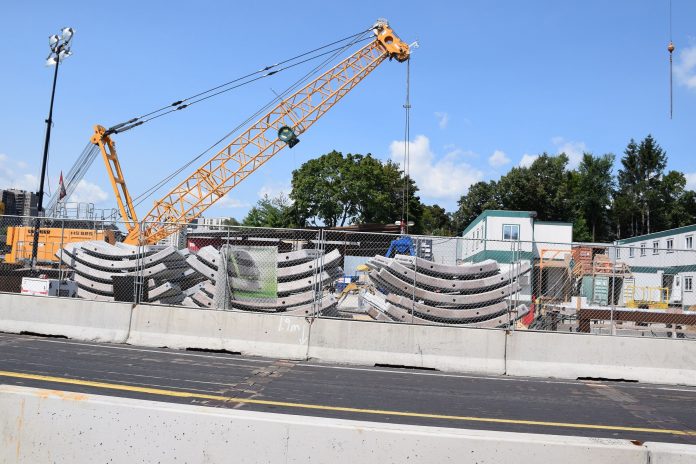 The provincial government says it has finalized what it calls a landmark agreement with government agencies, business, labour and the local community to help people from disadvantaged communities along the Eglinton Crosstown Light Rail Transit corridor get construction jobs on the largest transit project in Canada.

Premier Kathleen Wynne announced details of the community benefits declaration in early December at the Workers Health and Safety Centre in Toronto. The Premier was joined by several of the partners involved in reaching the agreement and delivering its economic benefits to the community.

The partners have set a goal that 10 per cent of all trade and crafting hours needed for the project will be performed by apprentices and journey persons who live along the transit corridor and who have had trouble finding jobs. This valuable experience will offer them the opportunity to develop careers in the construction sector.

The Eglinton Crosstown LRT is the first of several major transit projects that will include an agreement providing a range of social and economic benefits for communities. These include employment opportunities for youth and training programs.

The provincial government says it is working with the City of Toronto on the Construction Pathway, one of three SkillsAdvance pilot projects in Ontario that offer jobseekers industry-specific skills training. The Construction Pathway will provide a reliable pipeline of suitable and well-prepared candidates for the Eglinton Crosstown LRT.

The provincial news release says community benefits programs are also planned or being developed for future Metrolinx rapid transit projects in other parts of the Greater Toronto and Hamilton Area (GTHA).