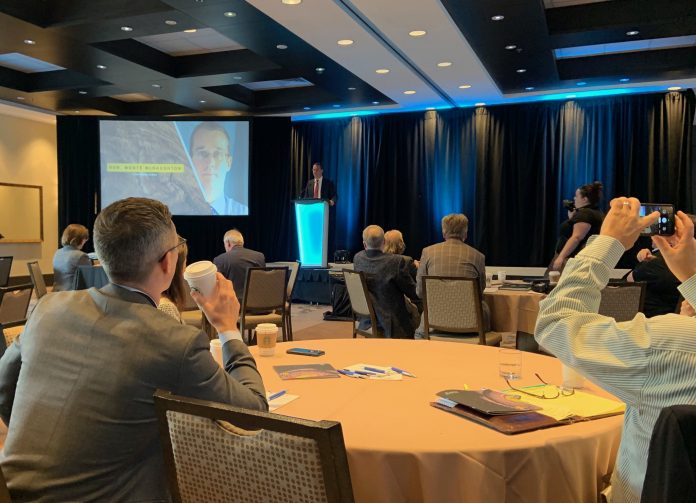 The Ontario government is partnering with the construction sector by establishing a special advisory panel to provide advice on a broad range of workplace issues – from health and safety to labour laws, Minister of Labour Monte McNaughton announced last Thursday.

The Construction Advisory Panel will provide input on issues of interest in the construction sector to the Minister of Labour. Issues could include labour and employment law, the rise of new equipment and technologies, workplace health and safety, and injury prevention. The advisory panel is expected to provide opportunities for the minister to hear the different perspectives and concerns from construction industry partners.

“Construction is a vital engine of growth for our economy, creating good quality jobs across our province. That’s why it’s important that we listen to and work closely with our construction partners,” said McNaughton. “This is an opportunity for the construction sector to bring their issues, concerns and changing trends directly to me and our ministry.”

In order to encourage labour and management to get involved, McNaughton says it is important that a balance be struck between these groups. For this reason, the panel will be made up of between eight and12 members, with the following composition:

Notably, McNaughton made the announcement at the annual meeting of the Ontario Construction Secretariat (OCS), a joint employer/union organization representing unionized businesses and trade unions in the ICI sector.

The establishment of an informal, multi-sector committee providing broad advice is part of the government’s strategy to support the construction sector and ensure Ontario is Open for Business, the . The panel will complement the work of other construction-related initiatives, including the Construction Health and Safety Action Plan Advisory Group, which developed and implemented an action plan on construction health and safety.

The construction industry in Ontario employs more than 525,000 workers and the panel will meet three times a year with the minister of labour, who also oversees several construction-related working groups and committees, including the Construction Health and Safety Action Plan Advisory Group and the Provincial Labour-Management Health and Safety Committee.

It is anticipated that the new advisory panel will build on efforts of those groups, while enabling construction partners to express concerns directly to the minister.

“Since becoming Minister of Labour, Minister McNaughton has shown a willingness to listen to those in the construction sector,” said Wayne Peterson, executive director, Construction Employers Co-ordinating Council of Ontario.

Peterson says the announcement provides another way for the government to hear their concerns.

“We applaud Minister McNaughton for establishing an advisory council for the construction industry,” said James Barry, executive chairman, International Brotherhood of Electrical Workers Construction Council of Ontario “He has clearly shown an interest in consulting with a broad and diverse representation of people who understand and have worked in the industry and the importance of creating a safe and skilled trades workforce.” Barry said in a statement.

But McNaughton also intends to listen to representatives of the non-union sector. In his news release, he included a comment from Michael Gallardo, executive director at Merit OpenShop Contractors Association of Ontario, who would certainly be an outlier if he attended the announcement at the OCS conference.

“The health and safety of our workforce is our number one priority and Merit Ontario looks forward to providing the minister with advice and solutions,” Gallardo said in a statement.