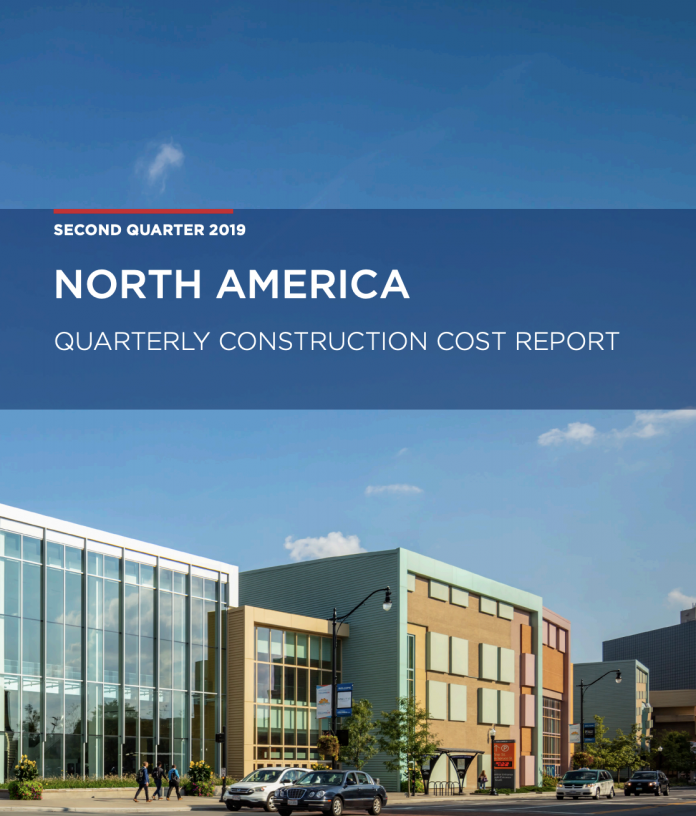 The annual increase of construction costs in Toronto is highest in percentage terms of 14 markets reported by Rider Levett Bucknail (RLB), an international property and consultancy firm.

Toronto certainly isn’t the most expensive place to build – that ranking goes to New York City, with an index of 26,524 – but costs haven’t increased nearly as fast there, with a comparative rate of 4.48%.

In the first quarter of the year, Toronto tallied a slight construction cost increase of 0.54%, while Calgary dropped 1.04%.

The consultants reported that crane counts increased in Toronto as well as Calgary and Chicago.  They declined in Honolulu, New York, San Francisco and Seattle, while the crane counts remained steady in Boston, Denver Los Angeles and Portland.

(The Crane Index is compiled biannually from three sources – a one-day physical count of fixed -tower cranes on city skylines, a survey of RLB experts on the ground in each location, and interviews with local crane suppliers.)

In notes associated with the comparative cost index chart, RLB observes that Canada’s economy grew by just 0.4% in the first quarter.

“The construction market continues to be busy with current work, however, there is a slow down of planned work ahead, and some projects are being canceled due to high pricing,” RLB wrote.  “This is freeing up trades’ availability, which in isolated cases is starting to show a reduction in some trades’ pricing for projects moving forward. There are a number of large infrastructure projects on the market but many smaller public sector projects are being postponed.”

“As the industry continues to adapt to a chronic craft-labour shortages and on again/off again trade wars and tariffs, several markets appear to be softening as they enter the ‘valley’ part of the construction cycle,” said RLB North America president Julian Anderson.

In their report, the consultants reported that across North America, construction unemployment is holding steady at 5.2%, a nominal change form the first quarter, while the US Gross Domestic Product closed out the first quarter at 3.2%, an increase from the 2018 year-end of 2.6%.

However, on a less positive note, RLB reported that at 47.8, the Architectural Billings Index is the lowest it has been in five year.