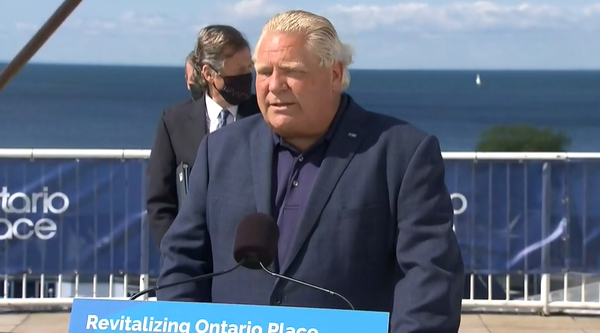 When it comes to the future of Ontario Place, the decommissioned, cultural artifact, theme park and entertainment venue on the Toronto waterfront that the province’s Progressive Conservative government is seeking to redevelop, there is no lack of visionary proposals.

Some see an urban greenspace entirely off the grid and fully carbon neutral – an inner city retreat for a growing population in an area where natural amenities are at a premium. Others imagine a “water world” that celebrates the ecology, history and commerce of the Great Lakes, while still others want nothing more than an expansive park with the legacy features of Ontario Place preserved.

All of these ideas share at least one thing in common – they include free admission to a public space dominated by parkland. They also reflect the majority view according to a 2019 Forum Research poll that Ontario Place should be accessible to everyone. Inspired by the Expo 67 World’s Fair in Montreal, the venue operated each summer from 1971 until 2012 when the park’s owner, the then Liberal government closed most of the facility amid declining attendance.

Still in its design and approval phase, the re-development proposal released by the province in early August calls for construction on the site to move from west to east, taking roughly 10 years to complete. The west island would house a waterpark with a retractable roof and an indoor spa is expected to undergo construction in 2024 to 2025. Three companies have been selected by the province as leaseholders in the redevelopment – Austrian water parks and spa company Therme, the Quebec outdoor recreation firm Écorécréo and Live Nation, which already operates the existing music venues on site.

Critics say the plan has been formulated without adequate public consultation and would effectively hand over control of a large chunk of Ontario Place to private entities who would introduce admission fees that would limit accessibility.

The government’s proposal is to go to city council in the fall and is being evaluated by Waterfront Toronto’s Design Review Panel, which will make recommendations. A spokesperson for the panel did not immediately respond to a request for comment.

Prominent urbanist Gil Penalosa, a candidate for mayor in the Oct. 24 Toronto municipal election, calls the province’s plan a money grab that runs counter to the majority view and the original intent to provide public grounds accessible to all.

He says the spa would privatize 62,000 square metres of taxpayer owned land with an expected admission cost of $40 per person – and leave little room for public space with a beach and trails provided as an afterthought. A better location for the spa would be on the large parking lots at the city-owned Exhibition grounds, Penalosa adds.

The government’s proposal would also have a devastating impact on the environment of Ontario Place’s west island as it is currently home to beavers, minks and foxes and over 170 species of birds.

Penalosa in a statement says if elected he will withhold 16 acres of city-owned property at Ontario Place, required by the province, to negotiate for a public park instead of the private spa proposed in the Ford plan.

Ken Greenberg, principal of Greenberg Consultants and former director of urban design and architecture for the City of Toronto, has said the 155-acre site would require paid admission for most of its attractions including the spa, a themed recreation complex and an expanded concert venue.

A spokesperson for provincial infrastructure minister Kinga Surma, however, says the government is making significant investments to enhance the site’s free public spaces and parkland, “which will make up approximately two thirds of the site following redevelopment.”

In July 2021, the province said the site’s greenspace and most iconic attractions will be preserved and it would maintain many of the “key heritage and recreational features,” including the Cinesphere, the pod complex, the marina, Trillium Park and the William G. Davis Trail.

“The government’s vision for Ontario Place will provide people of all ages with something to enjoy, including enhanced public spaces, increased access to the waterfront, pools, waterslides, health and wellness services, as well as an indoor-outdoor live music and performance venue,” said the minister’s communications director Hayley Cooper in an email.

Like it or not, the Ford government’s proposal could well become a reality, says Toronto city councillor Joe Mihevc, noting that the PCs were re-elected in June with a strengthened majority. “It’s a political calculus.”

Along with former Ward 10 councillor Joe Cressy, Mihevc has engaged the local community which he says has not been adequately consulted by the provincial government. Downtown Toronto is represented by opposition politicians at the provincial level but Ford has the seats to “basically impose his will,” Mihevc says, even though the community opposes the government’s draft proposal.