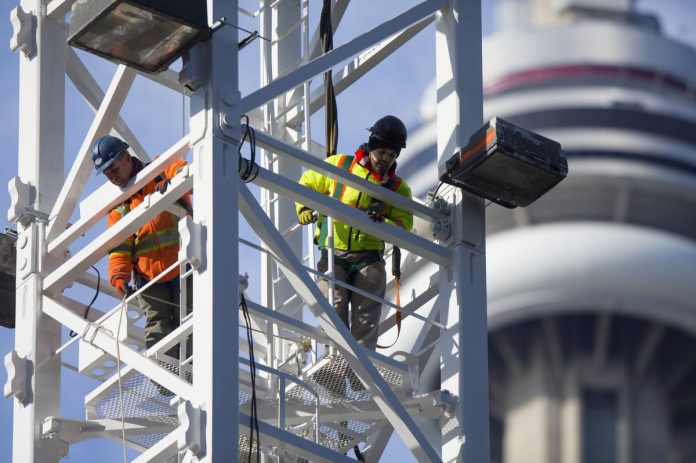 The year is 2027. That’s when experts expect about 87,000 of the half million construction workers in Ontario will be hanging up their steel-toed boots.

It seems like some post-secondary institutions are already preparing for the burgeoning gap these retirements are expected to create. They’ve been appealing to a more diverse cross-section of people to try to entice them into careers in the construction industry – women, visible minorities, Indigenous Ontarians and youth. These jobs have been traditionally fielded by men.

A few years ago, the Canadian Association of Women in Construction (CAWIC) initiated a needs assessment which examined the general needs and challenges of women and employers working in the industry. Of the 60 women asked to complete a survey, more than 85 per cent said they would recommend working in construction to other women, indicating an optimism about their inclusion and a distinct sense of belonging in the industry.

Karin Sheldrick, general manager of the Niagara Construction Association (NCA), said construction boards across Ontario and indeed all of Canada are being proactive when it comes to minority inclusion. For the last few years, the NCA has been mentoring women and youth who are showing an interest in pursuing careers in the industry.

“Baby boomers will be retiring and those positions will have to be filled,” Sheldrick said.

“Ontario construction boards have been working at the local level to help women and young people see that the construction industry will provide them with great jobs where they will be able to use their skill sets and make a very good living at a worthwhile career.”

For many who belong to these diverse groups, construction is seen as a stepping stone to a better life. Ontario employers are supportive of minority inclusion on their job sites. CAWIC report indicated that nearly 90 per cent of their employer partners said they would pay for tools to increase hiring, retention and advancement of women and other minorities in their companies.

Organized labour also sees the positives of increased diversification of Ontario’s construction realm. Unions have 3.2 million members in Canada. With that kind of muscle, they have the opportunity to help to turn workplaces into exclusive environments where gender, sexual orientation, ethnicity, disability and age are non-issues and are often seen as assets.

“Part of getting more women involved in skilled trades needs to involve training men who work with them to be more inclusive. We have come a long way, but we have a way to go.”
Sheldrick has seen great strides being made in the construction industry in the last few years. There are more women, African-Canadians and Indigenous people joining the workforce than ever before.

“It’s a very exciting time for the construction industry,” Sheldrick said, adding the industry is continuing to pique the curiosity of the young as well – both male and female. “There is much more to be done, but it’s really encouraging moving forward.”

The federal government sees the value of diversifying the industry. Funding was announced this year to entice more women into traditionally male-dominated roles. Seeing that women account for only 11 per cent of new registrations in Red Seal apprenticeship programs – like carpentry, plumbing and welding – increased funding is a shot in the arm.

Gail Smyth, executive director of the Ontario branch of Skills Canada, said myths held by students, parents, educators and business people concerning women and other minorities in skilled trades, need to be abolished. The 2010 paper, Women in Non-Traditional Roles – Putting Our Skills to Work – aimed to do just that with a number or recommendations for educators, government and business on how to address female employee and skills shortages in the country. Apparently, people listened.

This year, the Canadian government allocated nearly $20 million towards an apprenticeship incentive program from women enrolled in these Red Seal trades which have traditionally been dominated by men.

To make the cake even sweeter, every woman who signs up for a two-year apprenticeship program will get $6,000 in addition to another $2,000 when she completes the program.

The Ontario construction industry is moving forward in a climate of diversity which includes women and other minorities such as Indigenous people and youth.