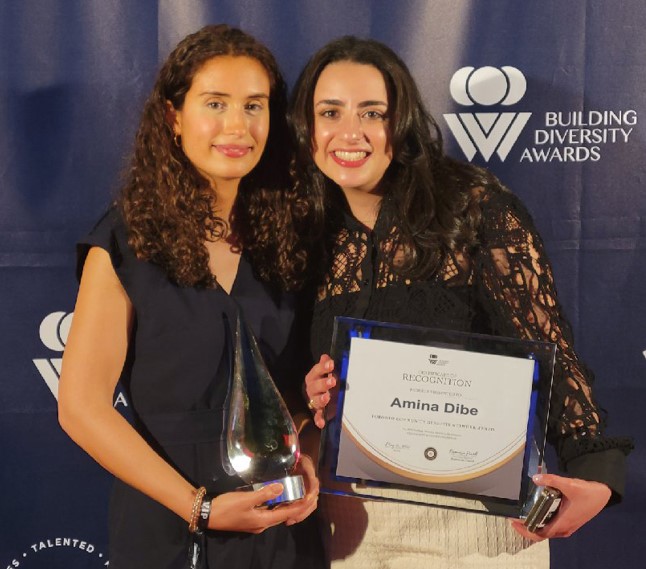 The Toronto Community Business Network’s (TCBN) second annual Building Diversity Awards, held in person and online in May, celebrated achievements in diversity, equity and inclusion in the construction industry.

“We push the envelope every day and we ask ourselves to do better, and you are coming through,” Rosemarie Powell, TCBN executive director said at the gala. “This is why we really wanted to make sure that we are recognizing those client owners, those unions, those contractors who are basically taking it to the next level.”

More than 150 nominations were received this year.

“When we look at the cross-section of people who submitted nominations, we can see how they complement one another – demonstrating how system change relies on each of us to kick a long game,” Powell said. “We’ve got to kick ourselves to be able to do better.”

The Residential Construction Council of Ontario (RESCON) sponsored the awards and president Richard Lyall says diversity, equity and inclusion has become a standalone priority for the industry.

“We were engaged in things related to women in construction and stuff like that before, but a lot of it was really just lip service,” Lyall said. “It wasn’t really real and some recent developments really brought it home to us that we had to change what we were doing and really up our game and we did that.”

Building a diverse workforce is critical to the strength of the construction industry, he said and after nooses were found on jobsites in 2020, Lyall said action was immediate.

“Overnight we declared that anyone caught doing that would be banned from our industry,” he said. “People who do that do not belong in our industry any way any how.”

The “despicable and reprehensible” events sparked the CARE campaign – Construction Against Racism Everywhere – to raise awareness.

Also, RESCON established an Anti-Racism Roundtable in October 2020, bringing together 50 leaders from government, subtrades, education, industry and other sectors, providing a forum for industry associations to work together to address the immediate challenges of systemic and overt anti-Black racism in the construction industry.

“They are dedicated to making change happen, not lip service,” Lyall said. “We have to do real things and they are.”

A focus or the roundtable in 2022 will be to get anti-racism training into human resource departments across the industry “in a meaningful way.”

“We need to show young people from racialized communities, young women .  . . that our industry welcomes everyone and they will be treated well,” Lyall said. “Anybody that doesn’t treat them well doesn’t belong in our industry, because it’s totally counter-productive.”

The Construction Against Racism Everywhere (CARE) campaign was launched to raise awareness that racism is not acceptable in the industry, with the hashtag #RESCONCare.

The Anti-Racism Roundtable launched a BIPOC in Construction testimonial campaign last November to highlight the diverse and racialized voices that make up our industry.

Amina Dibe manager of government and stakeholder relations at RESCON has been leading the change and her efforts were recognized with the 2022 Community Benefits Champion Award, for making extraordinary efforts to ensure underrepresented groups gain training, employment and procurement opportunities.

“Part of combating racism, discrimination and hate involves challenging the status quo of how we’ve traditionally done things,” Dibe said. “This includes addressing the culture of construction through continuous training and strongly enforcing existing and new policies to make sure that our diverse, racialized and underrepresented workers feel comfortable.

“It also involves directly engaging with our diverse and racialized workers to learn about their experiences in the industry. I’m proud of the progress we’ve made thus far but we still have a long way to go.”

“Amina has done a tremendous job in quarterbacking the Anti-Racism Roundtable and ensuring that we have policies in place to make sure that our diverse, racialized and underrepresented workers feel comfortable, welcome and part of the team,” said RESCON president Richard Lyall.

Winners in all categories were recognized for one or more steps they are taking that correspond to the Global Diversity and Inclusion Benchmarks (standards for organizations around the world), as adapted by BuildForce Canada.