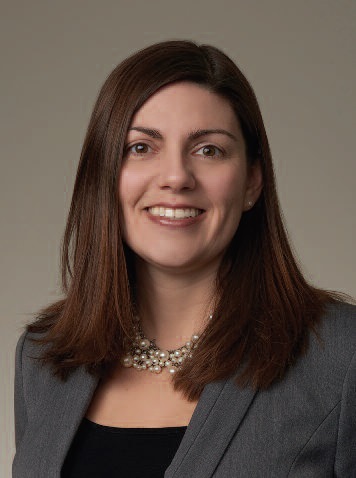 From childhood, Kelly Lalonde had an interest in building. Today, she is an engineer with Robinson Consultants Inc., designing and building major roads in the Ottawa area.

Lalonde studied civil engineering and management at McMaster University. She says her love of building, and ability to envision the world in 3D, went back to her kindergarten days. “I always loved math and science, had a family who always said I could do whatever I wanted, and I always liked the sense of building something and seeing it completed.”

Though she had considered a career in architecture, she says in the late 90s the job market for civil engineering was growing so she opted to give it a try. Her early experiences, she says, were somewhat overwhelming, but helped make her the person she is today. “Among my first projects involved work for a contractor on 400 series highways. I was doing everything from coordination of high mast lighting and bridge construction, to laying out concrete barriers down the middle of the 401.”

She says the greatest advantage of university is the acquired skill of learning how to learn, which she says she used a lot in the early days. Her nature, which she says tended towards the shy and humble, also helped her absorb knowledge.

“I would show up on sites and there were a lot of older guys, from labourers to foremen and superintendents, with a ton of experience. Once they saw I was willing to learn, and to listen, they wanted to share all of that knowledge and experience.”

While she enjoys the design side, Lalonde says she still appreciates the opportunity to be on site and all that offers. “We hire a lot of young engineers and I always tell them the value of my site experience and I push them to get into the field as well, at least for inspection roles, so they can gain that perspective as well.”

Project management, she says, is both challenging and rewarding. Working under challenging schedules with issues that are always pressing, she has to always be on her game. Organizing and co-ordinating it all she finds rewarding. “Roads, sewers and watermains and the conditions of construction are different for every job. Starting with a blank slate and seeing it completed is very satisfying.” While the work can be demanding, working for great companies, combined with all of the great mentors she has had, has made for a satisfying career.

Based on her experience, she says she would absolutely recommend this as a career for other women. “You need to be up to the challenge and have to be able to hold your own. If you want to be challenged and pushed to do more, construction offers great opportunity.”