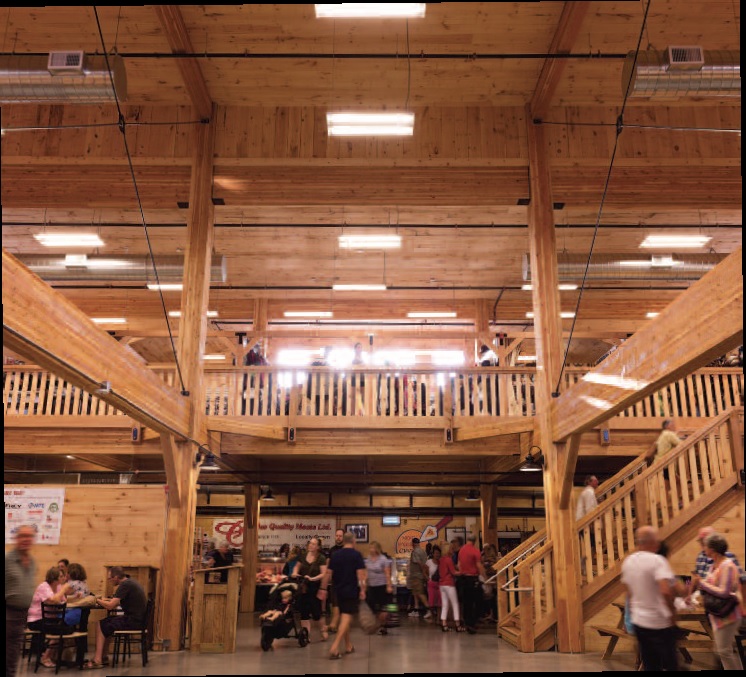 The St. Jacobs Market, originally established in 1975 in the Waterloo area as an outdoor summer market, has grown steadily to include, in 1986, a permanent building which made it Canada’s largest year-round farmers’ market.

After fire destroyed the structure in 2013, a massive co-operative effort to resurrect the market commenced. Now it has reopened, bigger and better, but still as authentic as ever.

Before anyone even thought about rebuilding however, a major effort was required to ensure vendors could continue to operate. Brian Shantz, a building and planning consultant with Brian L. Shantz Ltd., worked with an affiliated company, Architecture Incorporated, Architect, to co-ordinate the design of temporary and new buildings.

In a surprising coincidence, several individuals with the Shantz surname have been associated with the market project. In addition to Brian Shantz, general contractor Frey Construction’s project manager Stew Shantz and owner Mercedes Corp.’s family all share the surname.

“Mercedes Corp., which owns the market, understood this is a primary source of income for many vendors so it was important to get them back up and running,” Brian Shantz said.

He says after the debris from the fire was removed, the original foundation and services were utilized and a soft-shelled structure was installed which could temporarily house the 60 displaced vendors. Through support from the municipality and the trades, decisions were made quickly and the market reopened within three months.

“Time was critical, both for the short-term with this project and longer-term with the reopening of the whole market, to keep the spirit and energy of the market intact.”

This 16,000 sq. ft. building, now named the Market Tent, will continue to be used as part of the new market operation.

Mercedes’ Sheila Shantz oversees the operations of the Farmers’ Market and worked closely with the design and construction crews to develop the new building. Shantz says it was a hectic pace trying to rebuild quickly after the fire, but the whole experience from start to finish was well executed by all and the end results were very gratifying, not only for the owners but both vendors and customers alike. “Our market team loves to hear the excited comments of customers entering the building for the first time. We appreciate the excellence in work that we received from all the trades who worked on the building.”

Brian says the next stage included developing an overall plan for the 27-acre site, including the new main market building. “The building owner was committed to rebuilding after the fire and they had learned over the years what their vendors and customers wanted so were able to incorporate these lessons into the new design.”

Shantz says some of these features include adding more daylight into the building;

wider aisles, increased from 10 ft. to 13 ft.; and better organized seating. A secondfloor overview with windows and seating overlooking the outdoor market has also been created. “The new building is 34,000 sq. ft., up from the original 24,000 sq. ft. But the configuration is 30 ft. shorter and 40 ft. wider to allow for three end to end wider aisles to improve the flow of traffic within the building.”

While the function of the market building has grown and evolved over time, the new construction also provided an opportunity to purpose-build to meet those new demands.“The original building was never intended to house food preparation and was built for a simpler time.”

Meanwhile Stew Shantz at Frey Building Contractors says people travel from all over to experience the market and to connect with its rural charm and culture. He said the client understood it was paramount to maintain the history and character of the new building. With that in mind, the new structure very closely resembles the original, with subtle differences average marketgoers aren’t likely to notice.

“The original building was constructed of sawn Douglas Fir timber which experienced some twisting and cracking. The new structure is made from Douglas Fir glulam that has the same rustic look but will better maintain the integrity and support the greater capacity of the building.”

Stew Shantz says the wood’s warmth and charm is key to the old-market feel and this will only be enhanced as the wood naturally ages.

A unique system sourced by Timber Systems Limited accommodates the upper-level viewing area and maintains the design’s integrity,“constructed using a three and onequarter inch CLT (cross laminated timber) over which a concrete floor has been poured.”

He says the view from below highlights the same beautiful wood beams as the rest of the market. From above, users have a solid concrete floor which will carry theload of heavy use and be easy to maintain.

Meanwhile, Stassburger Windows and Doors manufactured and supplied highquality vinyl windows that appear at the front facade and ends of the building.

Shari McLaren, project estimator and window and door consultant at Strassburger, says the windows had to meet not only the energy efficiencies and building code requirements but also the aesthetic appearance the architect and owner wanted to achieve.

She says Strassburger’s vinyl windows with a beige interior fit both requirements.

Brian Shantz says the vendors have been very public in their praise of the new market building and that the public was wowed at the grand opening.

Meanwhile, Frey’s Stew Shantz says there was a lot of pressure to get the building completed on time and that a cold, windy winter complicated the effort. In the end though he says all of the trades came together to ensure the project came in on time.

“Frey is a good builder who we have worked with many times,” Brian said. “Not only are they able to build to the design but they offer value-added benefits through their knowledge and their input to ensure a project runs as smoothly as possible.” Brian also credits the team at Mercedes. “Milo Shantz was the visionary who took a leap of faith in building a year-round market space that has grown to be such a large part of the fabric of the community.

Today his son Marcus and the Mercedes company carries on that vision and has demonstrated their commitment to that with the new, improved building we see today.”

“The new $5 million building houses approximately 65 food and craft businesses. Spaces in adjacent buildings bring the total of year-round vendors to approximately 300. In addition,more than 100 vendors join the market’s outdoor space in peak season, making it one of the most vibrant markets anywhere.” 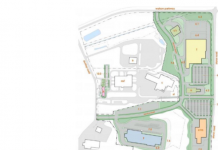 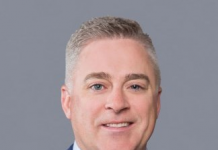 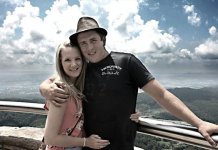