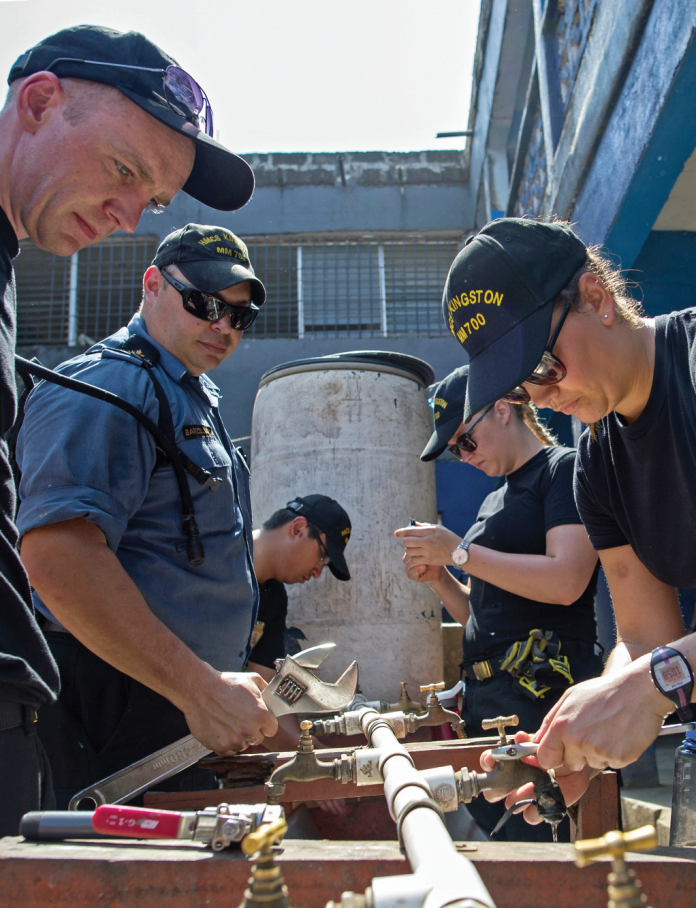 The Canadian Helmets to Hardhats (H2H) program is so successful that, at least in the Greater Toronto Area (GTA), there are more opportunities for new construction careers for military veterans than there are former soldiers available to make the career transition.

There’s also good news in a new government program that facilitates pre-apprenticeship education and college opportunities for soldiers transitioning out of their military careers.

“The trend is positive,” says H2H executive director Greg Matte. “People are taking the program seriously.” And the nation-wide initiative is most successful in Ontario, with the co-operation of the building trades unions and significant major projects under-way.

Matte says the program’s biggest challenge is in the GTA because of high living costs. While starting apprentices earn reasonably good pay, at $18 to $20 an hour, “that’s untenable” for soldiers living with young families on military bases elsewhere in the country.

Of course veterans, including ones based in Kingston and Trenton, can still get established elsewhere in the province. As well, because the program also accommodates part-time reservists, H2H apprenticeships still can provide genuine opportunities for some GTA residents, Matte says.

Meanwhile, veterans throughout the country can now access the Veterans Education and Training Benefit, which covers educational and living costs up to as much as $80,000 for soldiers switching to civilian careers.

Matte says H2H lobbied for the new benefit program, which solves one of the biggest problems for soldiers leaving the forces – the sudden loss of their military salaries, with no replacement income at the outset.

“In some parts of the country, the minimum training period is five or six months, and it can be a year or longer, and with this benefit the veterans will be able to support themselves while they are receiving classroom training before their apprenticeships start,” Matte said. (The benefit can also be applied for full-time university or college programs.)

These advantages – the combination of an organized program to help veterans to transfer to military careers, coupled with financial support during the transition, were certainly not available when Boilermakers Union local 128 business representative Joe Duprey left the military in 1989-90.

He had a broken knee, and received absolutely no support when he was discharged – to the point that he faced homelessness.

Duprey said he learned about a cement plant under construction in Newcastle. He got in touch with the Boilermakers. Joesph Maloney, now the union’s international vice-president, Canada (and a veteran himself) was then a business manager with the local with John McFarlane, and said: “Here’s a dispatch slip,” sent him out to the job, and nine months’ later offered him an apprenticeship.

The union then was practicing the H2H principles, though the process was entirely informal.

Today, Duprey represents the Boilermakers in encouraging and assisting veterans in making the transition from military to civilian careers and union membership.

The veterans are “disciplined guys . . . they know how to listen and learn.”

“We’re leading the way. Any soldier who walks through the doors here, we don’t turn him away. We’re here to help him as much as we can.”