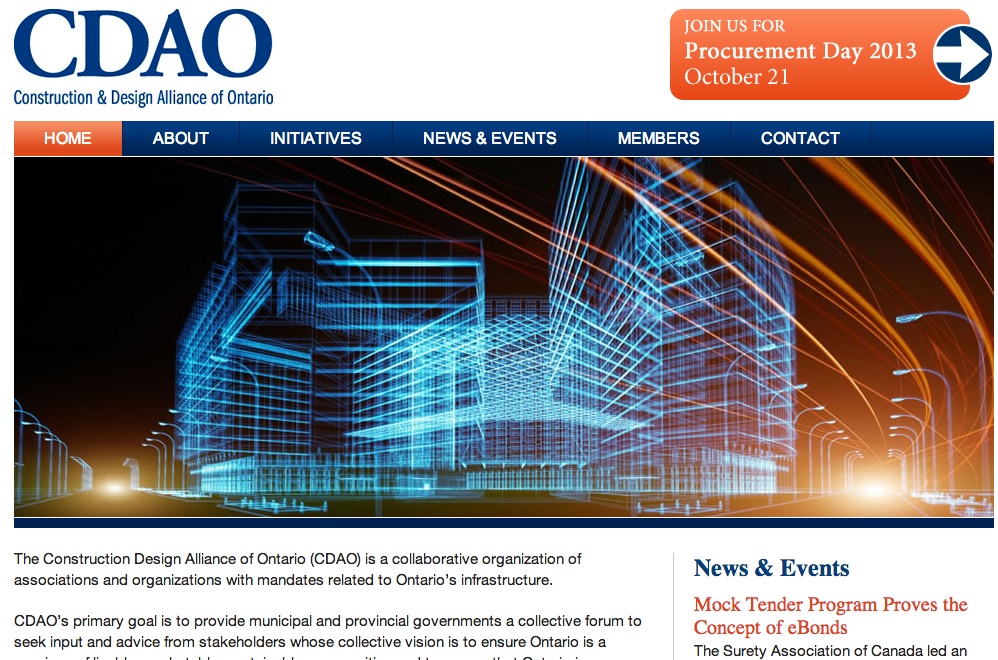 The budget has allocated $13.5 billion in funding to help address the growing infrastructure deficit across the province. “We are encouraged the government has maintained its level of infrastructure investment year-over-year,” Thurston notes. Funds will be used to for hard capital projects such as roads, bridges, sewer and water mains, water treatment plants and will also fund bricks and mortar projects such as schools and hospitals. This commitment provides support to the Ontario government’s ongoing 10-year plan to invest in the province’s strategic infrastructure.

“However we are very concerned with the government’s failure to deliver on over $1 billion of infrastructure in the 2012/13 fiscal year,” says Thurston. The budget papers reported that the province invested $1.016 billion less than committed to a year ago. This “failure to launch” indicates a problem with timely project implementation. “If this continues the province will fail to meet its infrastructure commitments to the people of Ontario. We will ask Minister Murray to immediately address this issue.”

The CDAO is a collaborative organization of 14 associations and organizations, representing a broad cross-section of professions, which design and build infrastructure projects in Ontario. CDAO’s primary goal is to advocate for infrastructure investment and provide municipal and provincial governments a collective forum to seek input and advice from stakeholders.

“In spite of temptations to think only of the short term, this government has released its third, consecutive budget that commits to billions in infrastructure spending,” saidBarry Steinberg, CEO’s chief executive officer.

“The budget promises to increase investments in transit and lay the foundation for major initiatives in The Big Move,” Steinberg said. “Also, yesterday morning, Glen Murray, Ontario’s Minister of Infrastructure and Minister of Transportation, said that his government is moving forward with The Big Move.”

“So far, three levels of governments have found $16 billion out of the $50 billion needed for The Big Move,” Steinberg said. “Where will the remaining $34 billion come from?” The budget provided only hints. One source is a network of road tolls, announced in yesterday’s budget, but tolls would likely raise only $25 to $45 million, according to the Toronto Region Board of Trade. On June 1, Metrolinx will release suggestions for more sources of revenue.

“We’re hopeful that Metrolinx and Ontario will stick with a long-term view,” Steinberg said. “Chronic under-investment has created a massive infrastructure deficit in this province. Roads, bridges, transit systems and other critical infrastructure in Ontario are assets owned by the people of Ontario, and like all assets, they require investment and re-investment over the long term.”

“When you look at improving transportation and infrastructure, we’re in for a marathon, not a sprint,” he added.