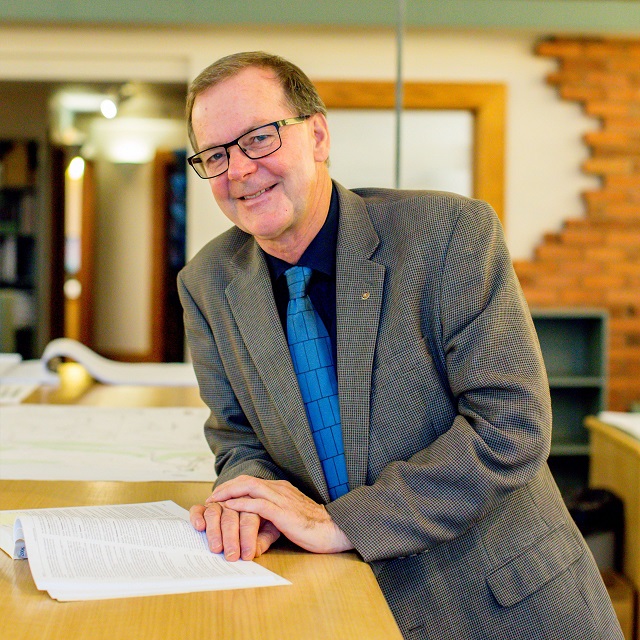 The Ontario Association of Architects (OAA) says that it has elected John Stephenson as president for a second one-year term.

Stephenson is one of the founding partners of FORM Architecture Engineering, the largest architectural practice in Northwestern Ontario.

Stephenson joined OAA council in 2013. He had originally served a term in the early 1990s, continuing to volunteer with the association afterward. Since then, he has participated in several committees, task forces and executive roles, serving as OAA’s senior vice-president and treasurer for the two years before becoming president.

During his time on council, Stephenson has taken part in several new initiatives, including the OAA Headquarters Renew + Refresh project, re-imagining the OAA Honours and Awards program, a new media content creation and communication strategy and, in collaboration with ARIDO, considering ways in which the practice of interior design could be regulated under the Architects Act, the association said in a statement.

Stephenson is particularly passionate about promoting continued public engagement and advocacy by architects on topics such as procurement, housing affordability and the role of the architectural profession in reconciliation with Indigenous peoples.

During his first year as president, the OAA says Stephenson led the profession in a campaign refusing to participate in procurement processes that require architects to contract out of their professional obligations. He has also been a vocal advocate for more enlightened employment practices by architects and for the creation of a National Architecture Policy to guide the procurement of architectural services and the creation of a safe, healthy and uplifting built environment for all Canadians.