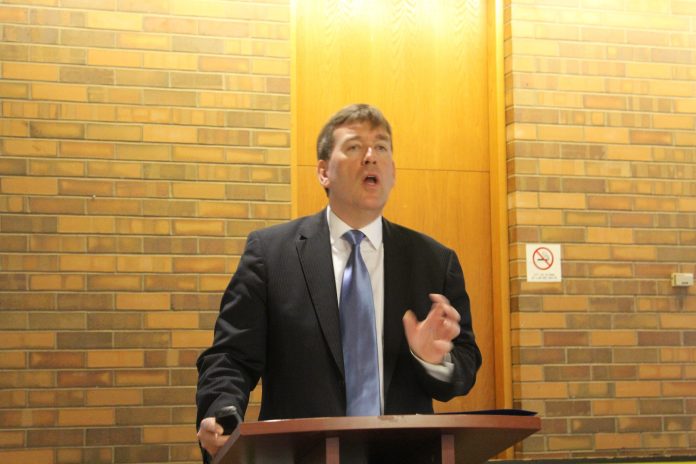 How will the rules change for workplace marijuana use with the drug’s impending legalization?

Soloway Wright lawyer Alan Riddell says in some respects the story will soon get truly complex, with three classes of marijuana users, each with their own circumstances and rights. On the other hand, he says if employers have clearly outlined policies, they should be able to clearly set rules that restrict marijuana use/intoxication in workplace settings to a tiny percentage of the overall workforce.

He says the number of marijuana users is likely to skyrocket in the next few years. “The number of Canadian workers wanting to consume marijuana is increasing exponentially, at rates that are truly quite explosive,” he said. If current trends continue, about 40 per cent of Canadian workers “may potentially be smoking marijuana, either before coming to work, or trying to consume (the drug) at work itself.”

Riddell told a Greater Ottawa Home Builders Association (GOHBA) gathering on April 4 that once marijuana is legalized, employees will belong to one of three groups: Individuals with medically prescribed marijuana (with doctors’ certificates), employees who self-declare that they have an addiction to the drug, and employees who simply wish to use marijuana recreationally.

The only class of employee where the employer will need to allow marijuana use on the job would be someone who has a prescription for the drug that specifically requires that level of usage, and even in that case, the employee will need to consume the drug on breaks in the open air (not an enclosed building) and not if the medication would cause job-site safety problems.

Employees who perform work which is safety sensitive and who declare that they are addicted to the drug cannot be dismissed because of their addiction if they are discovered using marijuana off the job site, but they can still usually be banned from using the drug while working and can also be moved to another position which does not have the same safety concerns. If they fail to disclose their addiction ahead of time, it may be possible to dismiss them if there is a drug and alcohol policy in place stating that concealing the addiction can result in dismissal.

Riddell indicates that workers who simply wish to consume the drug recreationally enjoy little or no legal protection. They can be dismissed for consuming any kind of drug, anywhere, as long as they are given proper notice.

If the employer has properly designed employment contracts, the dismissal can potentially go into effect within only a few weeks pursuant to Ontario employment standards legislation. (The employment contract’s importance cannot be overstated. Without the correct agreements, employees have much more generous common-law dismissal notice/severance rights.)

“It’s fair to say that the number of workers who will be trying to smoke marijuana before or at work is severely underestimated,” Riddell said.  “But as a counterpoint to that, the future legal ability of workers to smoke at or before work has been greatly exaggerated.”

He said while employers would have the right to ban marijuana from workers regardless of the day or time, most likely businesses will simply enforce rules that workers never show up on the job site with any sign of marijuana intoxication and they should not even think about consuming the drug while working.

The most complex situations will impact employees with prescribed marijuana.  The biggest issue here will be the number of employees with prescriptions, he said.  “At the start of 2014, 10,000 Canadians were authorized.  By 2017, 170,000 Canadians were authorized to use the drug.  During the last year the number has climbed to almost 250,000 Canadians, almost one per cent of the entire Canadian workforce that has a prescription for medicinal use of marijuana in the workplace,” Riddell said.

“The growth has increased by 25 times in the past four years.  At that rate of increase soon a half-million Canadian workers will be authorized to use marijuana at work.”

But the likely presence of a significant number of workers who can actually legally use the drug while working can be resolved with clear workplace policies and the circumstance will happen “very rarely” if you prepare appropriately, he said.

The Ontario Cannabis Act, which will go into effect when the drug is legalized federally, specifically prohibits the drug at or near workplaces except where it is medically necessary, and this medical right is further restricted “subject to any prohibitions or restrictions set out in the regulations or under the Smoke Free Ontario Act, 2017.”

Although Riddell says the rules may vary depending on regulations which have yet to be drafted, he expects that these provisions will restrict the use to outdoor areas, and will only be permitted for the employees with a medical prescription specifically stating it is necessary for them to consume the drug during working hours. 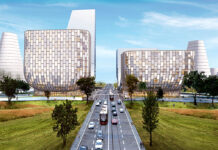 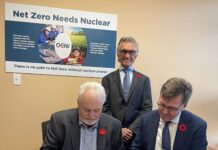