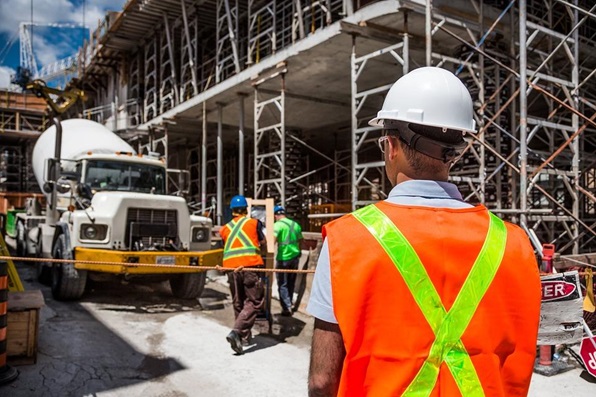 Ontario’s recently announced provincial budget could be a roadmap for the next several years, or it could be a meaningless exercise in election posturing, but regardless – several (often opposing) construction industry organizations find much to like in it, especially for its enhanced apprenticeship training support.

Of course, the reason for the budget’s uncertainty is there will shortly be a provincial election, and the budget is part of the current Liberal government’s pre-campaign strategy, with deficit-creating social program goodies and (more interestingly to the construction industry) significant infrastructure expense proposals.

In light of the budget’s campaign-style proposals, reactions from different construction industry trade groups reflect their own ideologies and perspectives.

Organized labour, for example, which has enjoyed good relationships with the government, sees much it likes. “The 2018 provincial budget demonstrates the government’s ongoing support for building our infrastructure by building-up our trades workforce,” says Patrick Dillon, business manager of the Provincial Building and Construction Trades Council of Ontario (Building Trades).

“The $230 billion pledge over 14 years, starting in 2014-15 and well into the next decade will help sustain, on average, about 140,000 jobs per year which augments the current levels of historic low unemployment,” Dillon said in a statement. “The challenge is to ensure that the opportunities and benefits of a strong economy are widely felt among all workers throughout the province.”

“Skills training and apprenticeship programs are a key pillar of the construction trades but lots of work is needed to broaden the general public’s interest in the construction industry,” said Dillon.

“The budget commitment to invest $170 million over three years to strengthen the apprenticeship system is a step in the right direction,” he said. “Parents are the leading influence on young people exploring career options, and parents are rightfully concerned about the perceived safety record in construction which government, business, and labour need to proactively improve.”

“Other budget items like the plan to have free preschool for young children, free pharmacare for seniors and youth, and ongoing tuition support for students further demonstrates a commitment by the government to build the kind of province that Ontarians are proud to live and raise their families in,” said Dillon.

Notably, the Ontario Skilled Trades Alliance (OSTA) and the Progressive Contractors Association of Canada (PCAC) representing employers whose workers are represented by the Christian Labour Association of Canada (CLAC), a union that is not associated with the conventional Building Trades, also indicate support for the budget’s apprenticeship and infrastructure focus, though with qualifications.

“We’re pleased the government recognizes the importance of more creative solutions to help apprentices and employers connect,” said OSTA chair Joe Vaccaro. “However, more creative skills training approaches are also needed, such as modular based training, to help our skilled workforce stay in step with the changing needs of industry and the economy.”

However, OSTA said it will be focusing on several priorities leading up to the provincial election in June, including flexible skills training which did not earn a mention in this budget.

“We’ll be interested in hearing how the province can provide apprentices with more access to training providers,” Vaccaro said. “Currently there are too many trades with only one training provider in the entire province.”

Meanwhile, the PCAC says it welcomes the Ontario government’s continued commitment to rebuilding infrastructure and supporting apprenticeship programs. However,  association says in a statement that recognizes the hard reality: taxpayers and businesses will eventually have to cover a $6.7 billion deficit, and $20 billion plus in new spending.

“The Liberal government has found many creative ways to spend money, but few to save it,” said PCAC public affairs manager Karen Renkema. “It’s only a matter of time before we all pay higher taxes to cover a budget that spends this big.”

Budget 2018 continues its focus on the apprenticeship system by investing in creative solutions that help apprentices and employers connect. It also provides additional funding for school renovations, and an increased investment of $547 million over four years for badly needed repairs and renovations to affordable housing.

“On a PCAC priority – which is treating taxpayers fairly, this government fails miserably,” said Renkema. “The reality is that far more funding would be freed up for affordable housing repairs if the gov’t put a stop to labour monopolies that waste public infrastructure dollars.”

Several municipalities including Toronto, Hamilton, Sault Ste. Marie and the Region of Waterloo would have far more funding for needed infrastructure from affordable housing to transit expansion, if they were allowed to openly tender construction work. Research shows open tendering would save taxpayers between 20 to 30 percent on construction projects each year, the PCAC statement asserts.

Clive Thurston: No need to worry about delay in releasing Bruce...