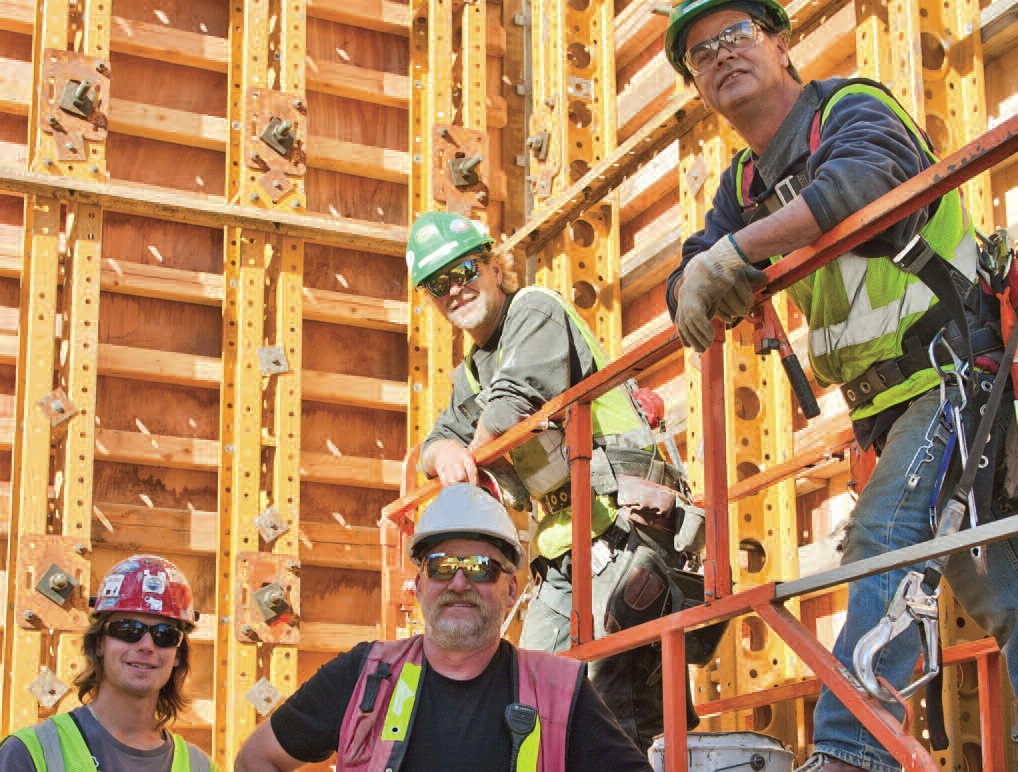 CLAC was hard at work in 2015 on a number of initiatives in Ontario. CLAC staff created new training programs, advocated for construction workers, helped shape policies and legislation, and much more. The results have been good, not just for members, but for all construction workers. The association looks forward to continuing its work in 2016.

Get Your Working at Heights training here!

CLAC has developed a working at heights (WAH) program to meet the new legislative requirements for working at heights training in Ontario. This program has been approved by the chief prevention officer of the Ontario Ministry of Labour.

Colin deRaaf, CLAC training’s director for Ontario, was involved in the consultations with the Ministry of Labour at which the training standards were developed. Workers with fall protection training that met the prior requirements have until April 1, 2017, to complete WAH training. CLAC’s WAH program has been offered since last November. To learn more and to sign up for training, visit clac.ca/WAH.

College of Trades changes ahead

CLAC welcomed Tony Dean’s 31 recommendations on the Ontario College of Trades (OCOT). Dean’s report to the MTCU aligns with positions advanced by CLAC during the consultation; they also go beyond the scope assigned to Dean. He calls for important changes to procedures at the OCOT that will add transparency and clarity to its activities.

Overview of the recommendations

Scope of Practice (SOP) – Much needed updates to the SOPs is expected, i.e., the description of the work of a trade. The SOP regulation will bring standardized language and format of the descriptions. Further, more information is expected about each trade to be included in the SOPs, which will guide discussions about trade overlap.

Trade Status and Ratio Reviews – From the beginning of the OCOT reviews, CLAC has lobbied for an evidence based process to determine trade status and ratios. Now, Dean is calling for significant changes in the review process, particularly in requirement for evidence. CLAC recognizes that this will give stakeholders greater confidence in the process and outcome of OCOT reviews.

Enforcement – Dean calls for better direction for OCOT inspections and a new appeals process. Government accepted the recommendations and has committed to timely implementation. CLAC is optimistic about the outcomes and expects continued involvement in OCOT’s transformation.

CLAC offers $1,000 Frank Kooger Apprenticeship Awards each year in recognition of apprentices in the construction trades who are on the path to becoming journeypersons. Applicants who have completed their second or third term of trade school in 2015 submit their application at the beginning of each new year. Visit clac.ca/awards to learn more.

The ORPP is a mandatory provincial government plan for Ontario employees that will be phased in starting in 2017. CLAC has successfully lobbied that defined benefit pension plans, such as its national plan, can be considered a comparable substitute, removing the ORPP obligation to workers and employers who fund such plans at a sufficient level.

According to Equipment Journal, of 30,000 workers surveyed, construction workers were tied for the top in happiness ranking. Workers cited great relationships, responsibilities, opportunities, and salaries as key factors. Half of workers dissatisfied cited a negative relationship with their supervisor.

CLAC’s non-adversarial, cooperative approach promotes good labour-management relations and a positive workplace community. Construction is a great career choice, not only for the wallet, but for overall wellbeing.