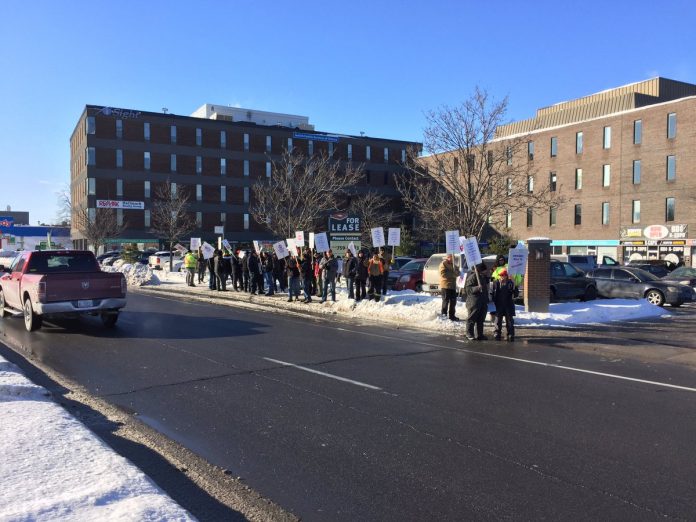 The Ontario College of Trades (OCOT) Board of Governors has approved the appointment of nine members to a new Compliance and Enforcement (C&E) Committee.

The committee was included in the statutory changes to the OCOT in legislation implemented last December, which also included provisions setting out the Ontario Labour Relations Board as the agency to adjudicate certain decisions especially relating to scope of work on job sites.

The legislation says the committee should provide recommendations to the OCOT board regarding its “compliance and enforcement policy” within 120 days of the legislation receives royal assent on Dec. 8 (April 7).

This policy will include:
(a) a description of what constitutes a risk of harm and of how such risks will be accounted for in the enforcement of sections 2 and 4;
(b) an annual identification of risks that will be the enforcement focus for a compulsory trade for the year; and
(c) a description of how the College will fulfil its duty under subsection 11 (2): Compliance and Enforcement Committee recommendations.

The OCOT board has another 60 days (after April 7) to send a final policy to the minister and make it public.

Meanwhile, Ontario’s certified trades are continuing protests against legislation passed in December to reform the OCOT, reverting certain enforcement/adjudication powers to the Ontario Labour Relations Board.

“The members were continuing the protest against Schedule 17 of Ontario’s recent Bill 70, which began last November,” the IBEW Construction Council of Ontario reported on its website.

“Schedule 17 will jeopardize worker and public safety by allowing general labourers to do the work currently within the scope of practice of scheduled trades (unionized or not).”

Local 586 business manager John Bourke said: “The members are fully engaged and determined not to give up demonstrating. They kept asking me, ‘when’s the next one?’”

However, despite the protests, the provincial government has given no indication it will revisit the decision to amend the OCOT legislation, the changes of which received royal assent in December, following extensive protests by employer groups and the Labourers International Union of North America and a comprehensive review of the OCOT by Tony Dean.

Ottawa IBEW local 586 members, along with representatives of the plumbers’ and sheet metal workers’ union, protest outside of infrastructure minister Bob Chiarelli’s office on Jan. 6.

Final weekend to register for the 2016 Toronto Wood Solutions Fair