Representatives of the Progressive Contractors Association (PCA) and the Ontario Skilled Trades Alliance (OSTA) have issued news releases expressing support for the provincial government’s announcements regarding trades certification, apprenticeship ratios and the decision to close down the Ontario College of Trades.

Not surprisingly, some unions, especially representing skilled trades, expressed dismay with the news, while others — notably the Labourers International Union of North America (LiUNA) local 183 and the Power Workers’ Union supported the government’s decision.

Here are the relevant statements:

From the International Brotherhood of Electrical Workers (IBEW)

IBEW Local 773 business manager Karl Lovett said the Making Ontario Open for Business Act should be labelled Bill 1947 because “that’s what it’s going to take us back to.”

He said that reforming the apprentice ratios to 1:1 will threaten workers’ safety.

“This is simply because the employers need to maximize their profit . . . Once the employer has the ability to hire an equal number of apprentices or trainees without proper policing, accidents are sure to happen.”

“The kids that get into skilled trades work .. . it’s because they couldn’t get into university. But I can tell you some of the (apprentices of) skilled trades people are pretty good. Not everybody gets into these apprenticeship programs. It’s very tough.”

“Skilled trades workers fought hard for the establishment of the Ontario College of Trades – to ensure high-quality workmanship that Ontarians can rely on,” said Naureen Rizvi, Unifor Ontario regional director. “Apprentices in the trades need reliable training to support their learning, and a united, independent OCOT to maintain safety and excellence in Ontario’s skilled trades.”

The OCOT was established in 2009 to administer skilled trades apprenticeships, ensure high-quality work, and enforce licencing requirements. The government has failed to state what that OCOT would be replaced by, and in the legislation, is threatening removal of quality and training by downgrading a number of trades from highly skilled categories to craft trades.
“The OCOT is is the amalgamation of years of advocacy and planning by skilled tradespeople of this province. The training, support and oversight of the College are mandatory to ensuring public safety and the future of excellence in Ontario trades,” said Dave Cassidy, Unifor National Skilled Trades Chairperson.
In addition to proposing the elimination of the OCOT, the government proposed dangerously high one-to-one ratios in apprenticeship programs. In practice, this would dramatically decrease the time spent receiving training and could lead to apprentices working alone without any support from a journeyperson.

In favor of the decision

The Labourers’ International Union of North America (LiUNA) applauds the provincial government on their initiative to wind-down the Ontario College of Trades (OCOT). Since its inception, the OCOT has created enormous amounts of red-tap0e, confusion and worst of all has created unprecedented jurisdictional conflicts between numbers building trade unions, further disrupting work sites across Ontario affecting productivity.

LiUNA was negatively impacted by the regressive OCOT inspectors that were by in large playing favouritism for certain trades. To address some of the concerns regarding OCOT and safety; the trades in Ontario have the highest level of safety record, innovative training centres, and do not need OCOT to advance our interest that we have created, maintained and improved within the construction industry. LiUNA will always ensure the safety of its members remains a priority. The extensive training ensures members are job-ready as they enter the workforce.

LiUNA supports the Ford government’s decision to wind down OCOT and focus on encouraging people to join the trades and build a better future for them and their families, a mandate OCOT failed to deliver on.

Toronto (October 23, 2018) – The Progressive Contractors Association of Canada (PCA)
welcomes the introduction of landmark legislation today that addresses needless
regulatory hurdles facing both employers and employees in the construction sector.

The ‘Making Ontario Open for Business Act’ immediately opens up opportunities for
workers to join the skilled trades and find an apprenticeship. It also ensures thousands
of construction tradespeople across Ontario can continue to work without fear of
imminent government mandated barriers that would kill jobs and hurt their livelihood.

“This is a great day for Ontario’s skilled workers and employers,” said Sean Reid, vice-president and regional director, Ontario, for PCA. “For many years PCA has been a
strong advocate of bold action to remove barriers so that far more people can pursue
skilled trades careers. We’re pleased the Ford government heard the call of workers and
employers across Ontario by taking bold steps that will put thousands to work in skilled
trades jobs throughout our industry and will lead to the development of the next
generation of our skilled trades workforce.”

As a co-founder and chair of the Stop the Trades Tax campaign, PCA led the effort to
overhaul or abolish the Ontario College of Trades and its related regulatory burdens,
which favoured only a few special interest groups, to the detriment of the majority of
skilled trades workers and their employers. PCA has been a long-time vocal supporter of
reducing journeymen-to-apprentice ratios in order to allow more entrants to the
workforce.

PCA member companies had also raised significant concerns about changes to the
Employment Standards Act and Labour Relations Act implemented by the previous
government, under ‘Bill 148’.

“Although many of the measures in Bill 148 were well-intentioned, they were hastily
implemented and poorly designed,” stated Reid. “We welcome the amendments
introduced today and look forward to continuing to work with the Ford government to
bring forward measures that respect the dignity of every worker, strengthen employer
and employee relations, help create more jobs and grow our economy for years to
come.”

Several of PCA’s Ontario members, who are small business owners, have already
committed to hiring more apprentices as soon as the legislation is enacted.

“We’re delighted the Ontario government is making it possible for us to open our doors
to more apprentices,” said Wayne Arthur, owner Arthur Electric in Milton. “We’ll be
hiring anywhere from four to six apprentices.”

“We’ll be hiring a minimum of five new employees,” said Gerald McCann, president,
Cynergy Mechanical Limited in Etobicoke. “This is an important step in helping young
people to get the training they need in the skilled trades.”

“This announcement allows us to hire anywhere from five to eight apprentices,” said
Dennis Endrizzi, controller at Beckett Electrical Inc. in North York. “It’s a win-win for both
employers and those trying to get training and experience in the skilled trades.”

Our tradespeople work to the highest safety and technical standards across
Canada. However, in Ontario our workers and future workers continue to face barriers
to building the infrastructure needed for our province’s future. This legislation will
ensure we can continue to attract the workforce for tomorrow, while ensuring our
current skilled workers can remain in Ontario utilizing their highly technical skill set,”
said Denis Gagnon, chair, North America Construction in Morriston.

“Today’s announcement allows our tradespeople, who work to the highest safety
standards, to continue to use their expertise to build infrastructure as they have for
many years. Without this legislation, there was a real likelihood that many of our skilled
tradespeople would be subject to new regulations and barriers that would have limited
their ability to utilize their skills, or perform their jobs. We applaud this legislative
initiative that ensures no more additional barriers will be erected for our current and
future skilled workforce,” said Scott Taylor, president, McLean Taylor Construction
Limited, St. Marys.

“These are welcome changes that are long overdue,” said David Timlock, president,
Collaborative Structures Limited in Cambridge. “The fewer the barriers, the greater the
opportunity for more people to get their start in the skilled trades.”

Toronto (October 23, 2018) – The Ontario Skilled Trades Alliance (OSTA) applauds the
Ford government’s “Open for Business” announcement as a needed and welcome fix
that will finally begin to remove barriers so that more people can pursue careers in the
skilled trades.

“After years of calling for action to reduce barriers and red tape created by the Ontario
College of Trades, we’re pleased this government is moving to address the concerns of
so many employers and workers across the province,” said Patrick McManus, chair of
the OSTA. “These are the kinds of changes that make it possible for more employers to
hire and train the next generation of skilled trades workers, and do it right away.”

The ‘Making Ontario Open for Business Act’ if passed, will address the backlog in
Ontario’s skilled trades, according to the Ontario government. The legislation includes a
moratorium on compulsory trades, a 1:1 journeyperson-to-apprentice ratio, and phasing
out the Ontario College of Trades.

The OSTA has been a strong proponent of reducing journeyperson-to-apprentice ratios
to allow more businesses to hire apprentices. It has also been an outspoken critic of
OCOT.

“We welcome the announced reforms that remove barriers to entry into the trades and
put the focus back where it should be – on making sure people have every opportunity
to work in the skilled trades,” added McManus. “We’re pleased this government
recognizes just how serious the skilled trades shortage has become and the important
role of employers in growing and supporting our skilled workforce and Ontario’s
economy.”

The Ontario Skilled Trades Alliance represents companies that employ over 400,000
skilled tradespeople across Ontario who build transit, hospitals, bridges and homes and
provide professional and personal services like hair-styling and automotive repair. OSTA
members are united by the common goal of closing the skills gap in Ontario.

From the Power Workers’ Union

The Power Workers’ Union (PWU) supports the recently proposed Making Ontario Open for Business Act, and the Ontario government’s efforts to bring jobs to our province by lightening the burden on businesses.

The updated model of a one-to-one journeyperson-to-apprentice ratio will benefit skilled trades workers. One in five new jobs in the next five years will be trades-related; the PWU understands the importance of improving access to apprenticeships and helping employers fill the demand for skilled workers. 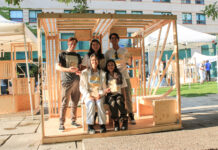