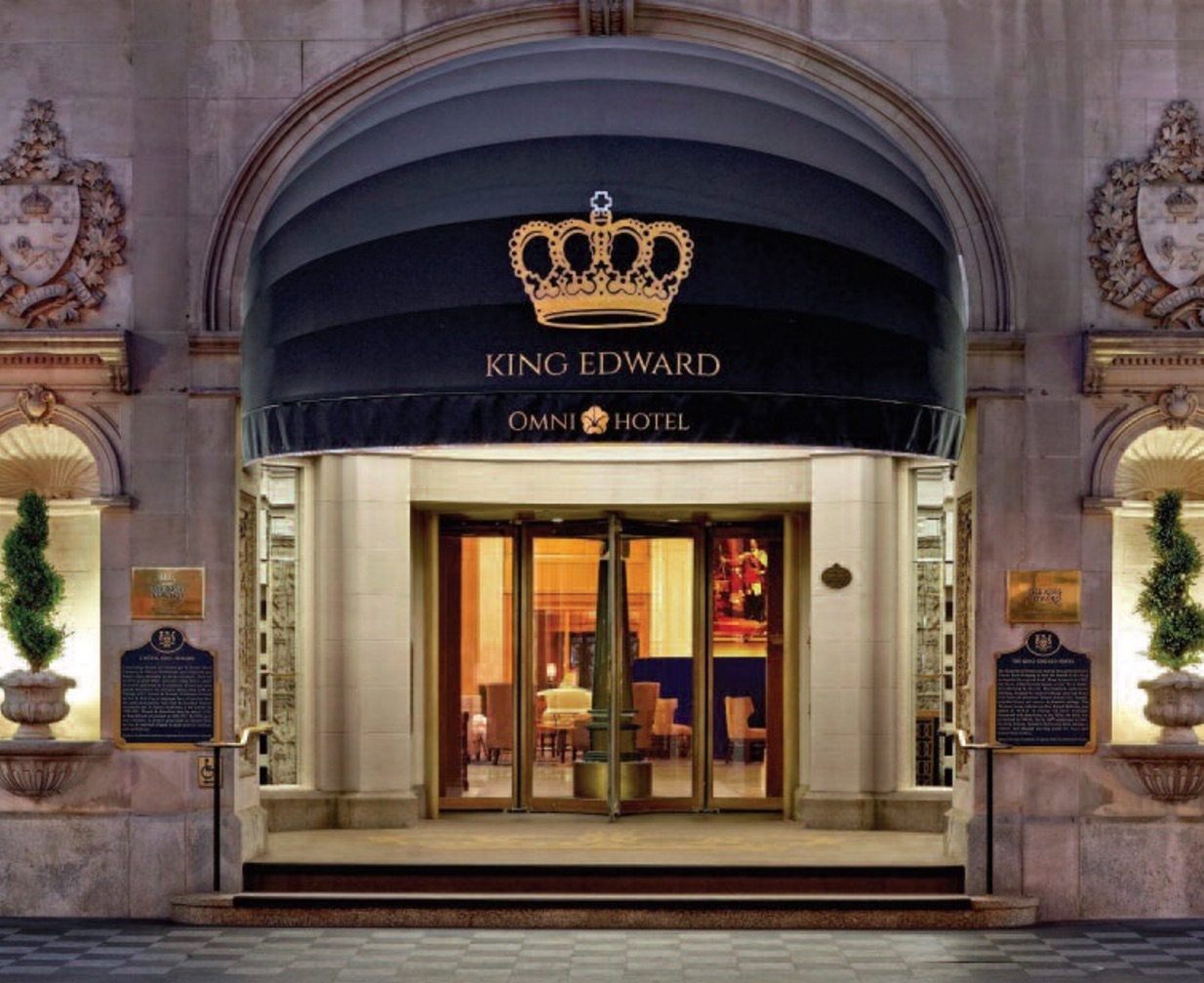 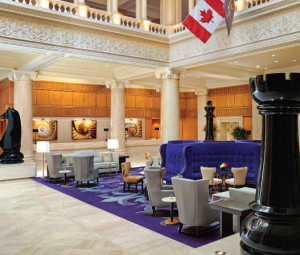 Purchased by Omni Hotels & Resorts in 2013, renovations began soon after and were completed in 2015 when the hotel was unveiled as The Omni King Edward Hotel.

Work included a full renovation of all guest rooms and guest baths; aesthetic upgrades to the Vanity Fair, Windsor and Sovereign Ballrooms, as well as to 22,000 sq. ft. of meeting spaces, the Victoria’s Restaurant and Lobby Bar; and a redesign of the front hotel lobby. 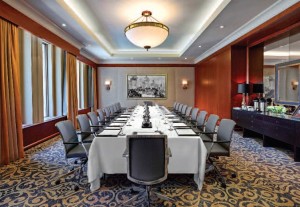 Robynne Moncur, president of Moncur Design, says her company provided the redesign for the consortium who previously owned the King Edward and she was pleased to have the opportunity under Omni to revisit the project. “Omni is a seasoned operator who doesn’t just manage the property but owns it as well. That means they really care about the end project and understand a reasonable amount of time is required to get the work done properly.”

Moncur says her firm has done a number of these historic restoration projects including The Algonquin Resort St. Andrews bythe- sea, The Westin Portland, The Westin Nova Scotia, and The Westin Montreal. Though each of these properties is unique, she says a common thread is the balance between respecting and honouring the history of the hotel, while giving it a fresh look and new life. 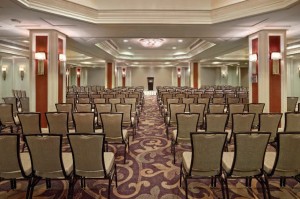 “I never want to try to create a replica of the original,” she says. “Rather we work to recreate the charm and feel through the subtle use of patterns and connections to the unique history that exists.”

For the Omni King Edward, she says she and her team of eight talented designers created a more interesting space through the blending of old and new; a luxurious old world feel without the stuffiness of the original era. “The hotel’s double height atrium space with faux stone columns remain and the ornate plaster work has been restored and returned to its original locations so those historic elements are still there but with a fresh feel.”

Rob Aitken, Shurway Contracting project manager, says the historic aspect created some of the unique challenges the construction team faced. “In any construction project when you’re opening up existing walls, sometimes you don’t find what you expect to. When those buildings were constructed in 1903 and 1921, the chance for that rises significantly.”

He says his team leaned heavily on ERA Architects for case by case advice as new situations were uncovered.

Another challenge, he says, was bringing the property up to code. That included fire and life safety and required the installation of heat sensors and sprinkler systems which had been lacking.

This code upgrade is a modernization that will be largely invisible to guests. Steve Peckham, sales manager with Classic Fire Protection Inc., says his company acted as lead technical consultant and chief estimator for the fire protection scope of the project.

He says this is largest hotel project of this nature his company has been involved with, however the team was successfully able to manage the challenges involved with working in an existing fully operational hotel, that of optimizing the relatively large manpower crew required on site, as well as meeting deadlines.

“Actually the size of a project like this with multiple floors has advantages due to the repetition involved. What may be identified as a challenge on the first floor you work on, by the time you move to another level, has become resolved and routine.”

Peckham says, since Classic Fire strives to service what it installs, he hopes to have the opportunity to continue to be involved with this historic property.

Endicott Flooring supplied and installed tile for the suites, washrooms and public areas. President Frank Dodaro says his company has completed other hotel projects with Shurway Contracting over the years so is experienced in the challenges this type of project involves. “The biggest challenge is co-ordinating timing with all of the different trades who must each stick to tight schedules so the group behind them can do the same.”

The key, he says, is constant communication in an effort to avoid one delay, which can then back up the rest of the team.

He says co-ordination of material delivery also had to be tightly monitored because with only one loading dock, a busy downtown location and an operational hotel, finding ways to get the materials to site and inside was difficult.

In the end though, everything did go according to plan and Dodaro says the result is a beautiful mix of old world charm and up to date conveniences through subtle elements like fixtures and technology.

Moncour says it is important to recognize the beauty and success of this project are the result of the work of all of the consultants who came together. “The historic architect, the engineers, the project manager, owner, developer, general contractor, all had a vital role to play and it is only when everyone does their part that a project succeeds as this one has.”

She also credits the many unsung heroes who work behind the scenes to make the work happen. Companies like purchasing agent Sue Dulmage and Associates are invaluable but rarely heard about. “The work they did, ensuring we had the drawings we needed to get to the manufacturer in time for them to produce the pieces is critical to things running smoothly and being finished on time. We could not do what we do without them.”

Dodaro says it was a pleasure to be involved with such a skilled team of people.

Peckham says Shurway’s Rob Aitken and its vice president John Aitken did a masterful job running the project. “If a job is well run I typically don’t hear much until completion, which is what happened here. The hotel received a high quality job at a fair and competitive price. It was a win-win for the client and all of the contractors involved.”

Aitken says, though his company has worked on several historic properties, The Omni King Edward stands out. “Shurway operates fast. We completed this project in 14 ½ months and because we need to consult back and forth with designers and engineers, we know we need definitive answers quickly. The team here gave us what we needed.”

Originally designed by Chicago architect Henry Ives Cobb and Toronto architect E.J. Lennox in 1903 to include 400 rooms and 300 baths. An 18-storey tower with an additional 530 rooms was added to the hotel in 1921. During its history, the hotel has played host to celebrities including Mark Twain, Ernest Hemingway, Elvis Presley, The Beatles, Liz Taylor and Richard Burton.