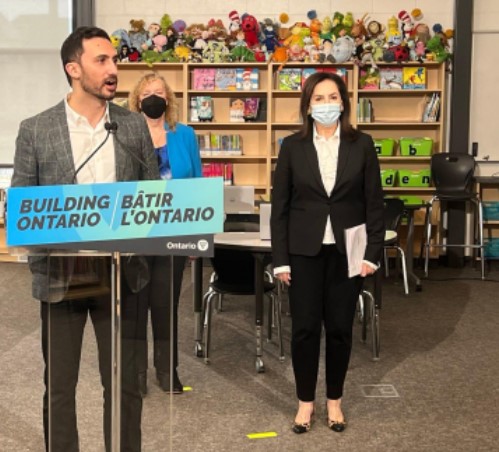 Ontario will spend about $500 million to fund 37 capital projects at schools as part of the government’s 2022-2023 capital priorities program.

The announcement was made at Dr. David R. Williams Public School in Oakville where the Halton District School Board will receive $24 million to build a new public elementary school.

The rapid build model has previously been used to develop long-term-care spaces in southern Ontario.

“We are building new schools, building more affordable childcare spaces, and building hope and opportunity for Ontario students as they learn in more normal and safer classrooms,” stated Lecce.

Minister of Infrastructure Kinga Surma added, “By cutting red tape and introducing the Rapid Build pilot project to expedite procurement and construction processes to build better schools faster, we’re ensuring that students reap the benefits of state-of-the-art learning facilities sooner and have access to education in a safe and healthy environment.”

Introducing a new, faster tool for publishing CSPs and other legal...