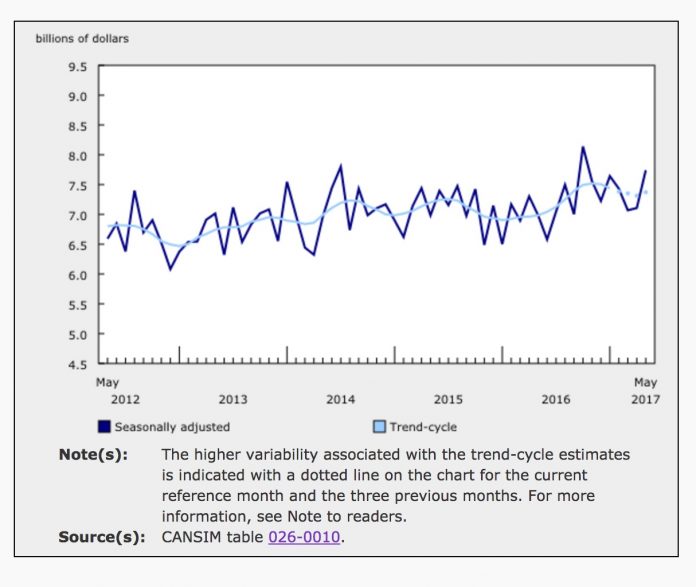 A signifiant increase in residential building permits in Ontario contributed to the Canada’s third-highest record building national total in May, at $7.7 billion. This represented an increase of 8.9 per cent from April, Statistics Canada reports.

Seven provinces registered gains in the total value of building permits in May, and every building component increased except institutional structures. 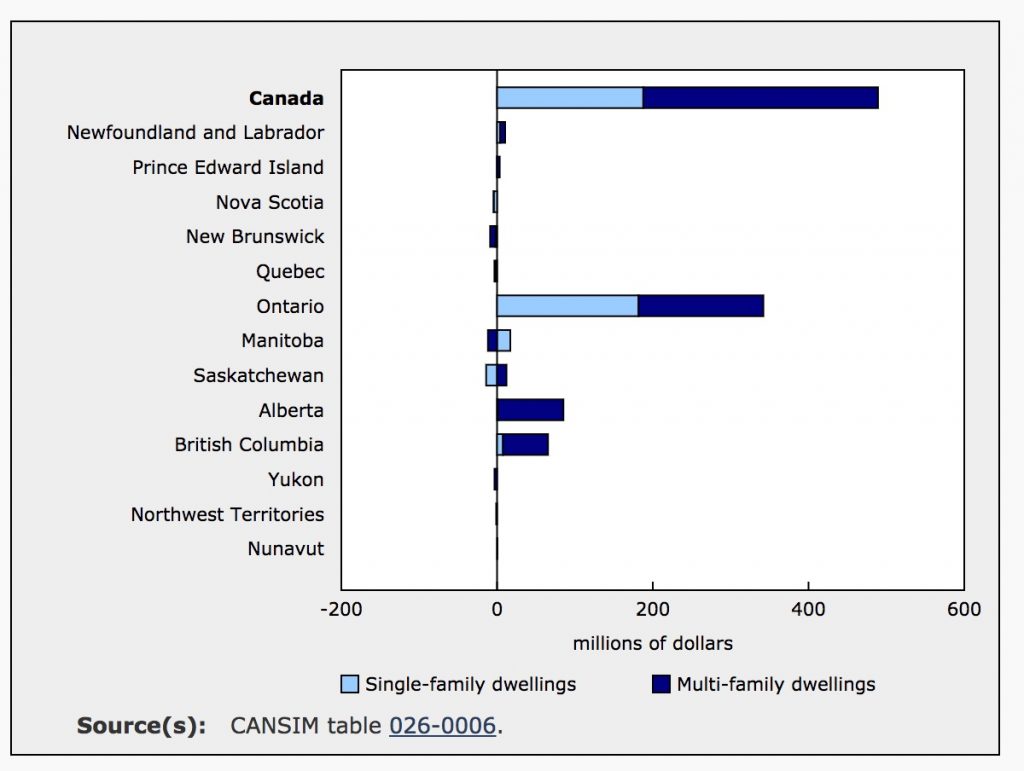 The value of residential building permits issued by Canadian municipalities increased 10.8% from April to $5.0 billion in May. Six provinces registered gains in the month, with Ontario reporting the largest increase, followed distantly by Alberta and British Columbia.

The multi-family component rose 15.0% in May to $2.3 billion, following a 6.9% gain in April. Construction intentions were up for every type of multi-family dwelling, led by row houses. Meanwhile, the value of single-family building permits rose 7.4% to $2.7 billion in May, stemming mainly from single homes in Ontario. 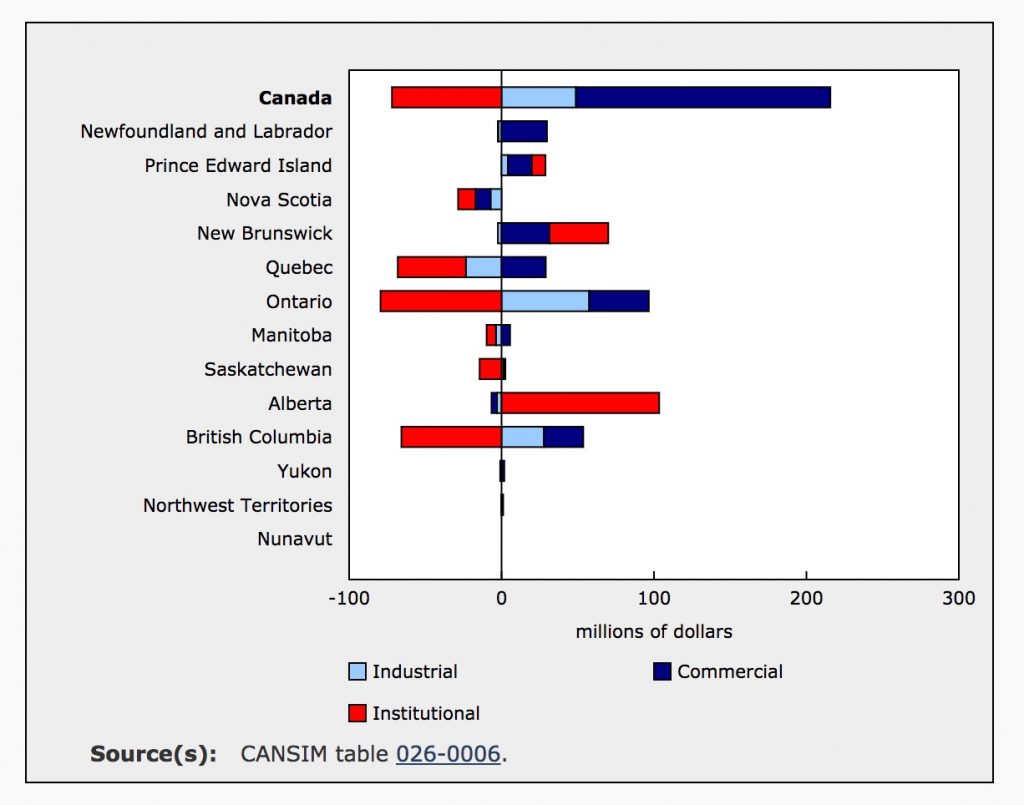 The value of building permits issued for non-residential structures rose 5.6% in May to $2.7 billion, marking a third consecutive monthly increase. Alberta and New Brunswick led the five provinces that posted gains in the non-residential sector in May.

The commercial component rose 12.9% in May to $1.5 billion, as increases were registered across several building categories, led by retail and wholesale construction intentions.

Every province except Nova Scotia and Alberta reported gains in the value of commercial building permits.

The industrial component rose for a third consecutive month, up 9.8% in May to $545 million. This increase was mainly due to higher construction intentions for maintenance buildings in Ontario.

In contrast, the value of building permits issued for institutional structures fell 9.1% to $719 million in May. This followed notable construction intentions in April for government administration buildings and medical facilities.

The total value of building permits rose in seven provinces in May, led by Ontario and Alberta. Meanwhile, construction intentions were up in 22 of 36 census metropolitan areas (CMAs), led by Hamilton, Toronto, Calgary, and the Ontario part of Ottawa–Gatineau.

In Ontario, the gain in May stemmed primarily from the residential sector, the result of increases in both the multi-family and single-family components in the Toronto CMA. The industrial component in Ontario rose for a third consecutive month, with the gain in May mostly attributable to higher construction intentions for maintenance buildings in the Hamilton CMA. The commercial component, specifically the hotel and restaurant category, led the increase in the total value of building permits in the Ontario part of the Ottawa–Gatineau CMA.

The increase in construction intentions in Alberta in May stemmed from institutional structures, as well as multi-family dwellings. This gain coincided with a notable increase in the multi-family component in the Calgary CMA, but was moderated by the Edmonton CMA, which registered lower construction intentions in all building components for the month, except institutional structures.

Orillia and District Construction Association reaches out to industry and community...