The Renewable Energy Alliance of Ontario (REAO) and local 973 of the International Union of Operating Engineers (IUOE) have expressed support for the provincial government’s Long Term Energy Plan (LTEP), released in late October.
They say they believe the plan is in the right direction because it ensures nuclear and renewable energy projects remain part of the mix.

“On behalf of the more than than 14,500 IUOE Local 793 members, I applaud Premier Kathleen Wynne and her Liberal government for showing a continued commitment to both nuclear and renewable energy projects because they provide reliable, near-endless sources of clean, low-cost electricity for families and businesses as well as long-term employment for Operating Engineers,” said IUOE local 973 business agent Mike Gallagher.

Gallagher said in a statement that the plan reaffirms that renewables are increasingly competitive with conventional energy sources and will continue to play a key role in helping Ontario meet its climate change goals, and that Ontario will move forward refurbishing six nuclear units at the Bruce Power plant and four units at the Darlington Nuclear Generating Station between 2016 and 2033.

“This plan ensures the province will be able to generate the affordable power it needs for current and future demand while reducing greenhouse gases and protecting the health of Ontarians.”

In addition to his role as union leader, Gallagher is a REAO director. The REAO presented a brief to the Minister of Energy that made five recommendations for the LTEP.

Gallagher said nuclear and renewables are the safest, most economical, environmentally-friendly and healthiest way to produce electricity and are a vital part of the province’s energy plan. 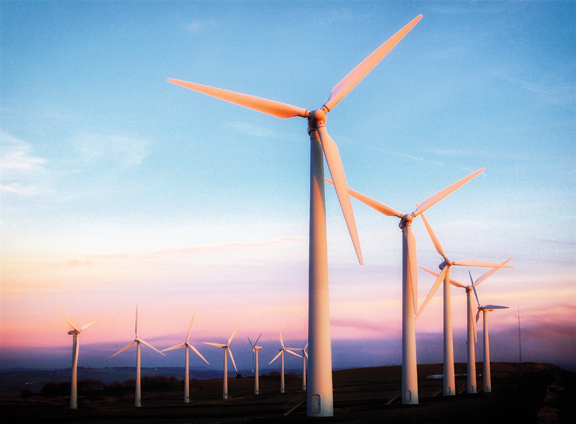 “In the plan, the provincial government has committed to supporting the renewable energy sector. By transitioning to renewables, we are improving our air quality and addressing global warming.”

Gallagher noted that investments in clean energy are benefitting the economy, as projects like wind and solar have invested more than $14 billion in Ontario’s economy, creating more than 200,000 good-paying jobs. The renewables sector is forecast to contribute nearly $5.4 billion to Ontario’s gross domestic product and create 56,500 jobs between 2017 and 2021.

“Ontarians need and want renewable energy and the infrastructure that supports it. I am glad that the government has listened to groups like REAO and indicated that renewables are part of the energy plan going forward.”

Gallagher also said Ontario’s commitment to refurbishment projects at Bruce Power and Darlington Nuclear Generating Station will ensure that families in Ontario have a stable supply of energy for years to come.

In its own statement, REAO said that while it is disappointed that Ontario isn’t following Alberta’s lead in setting hard targets for the percentage of renewables as part of the energy mix, “we agree that today’s release of the province’s new Long Term Energy Plan (LTEP) is a positive first step towards reaffirming this government’s commitment to renewable energy.”