The Ontario Asphalt Pavement Council (OAPC) of the Ontario Road Builders’ Association (ORBA), recognized outstanding service to the association and industry at its 43nd annual general meeting and awards luncheon in Toronto on March 30.

“This year’s annual general meeting signified a unique time for the OAPC and ORBA as the event marked the celebration of the amalgamation of the Ontario Hot Mix Producers Association (OHMPA) with ORBA,” the group said in a news release. “OHMPA officially became the Ontario Asphalt Pavement Council of ORBA on Jan. 1, 2017.”

“We are delighted to come together and honour the legacy of OHMPA and recognize excellence in leadership in the asphalt industry,” said ORBA chief operating officer Geoff Wilkinson. “This is also a wonderful opportunity to celebrate this new chapter as we forge ahead together as one unified and strong voice for the road building industry.”

“The association, its members and the industry have greatly benefited from the contributions of these individuals,” said OAPC executive director Vince Aurilio. “OAPC’s awards program recognizes and celebrates individuals who make a positive difference in the asphalt industry, one road at a time.” 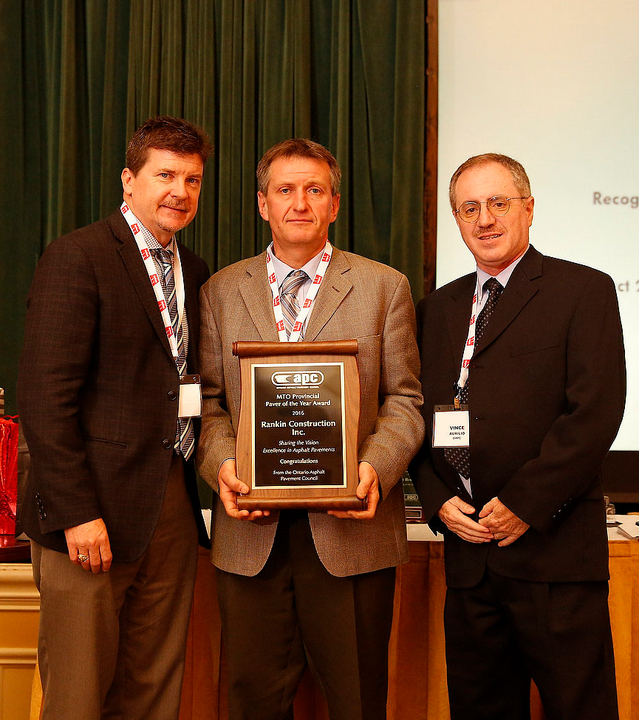 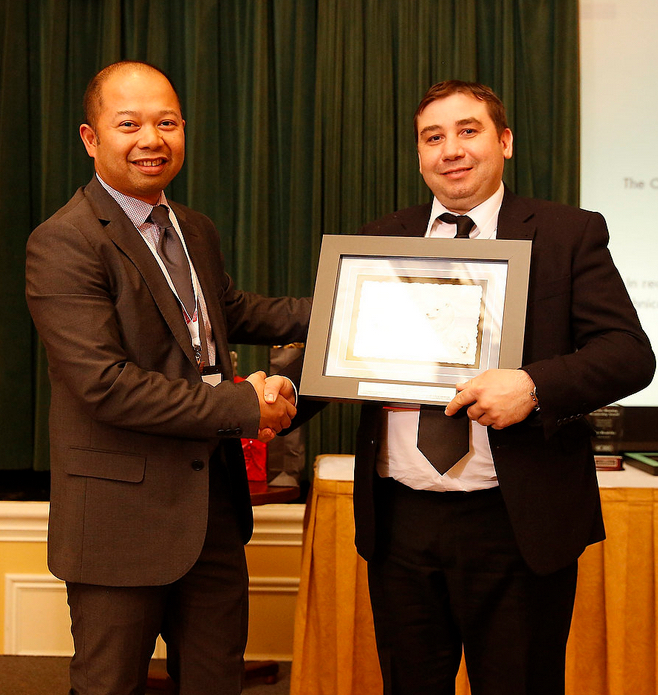 Steve Manolis, general manager CAE for Coco Asphalt Engineering, was named the 2016 Earl Kee Volunteer of the Year. Manolis is chair of the environment committee, and worked to establish a Benzo(a)Pyrene technical standard with the Ontario Ministry of Environment and Climate Change. His contributions also played a key part in the 2015 publishing of the fifth edition of the OAPC’s Environmental Practices Guide, and the publishing of several Quality of Asphalt Pavement Task Force bulletins, including a white paper on Asphalt Cement Quality and Specifications. 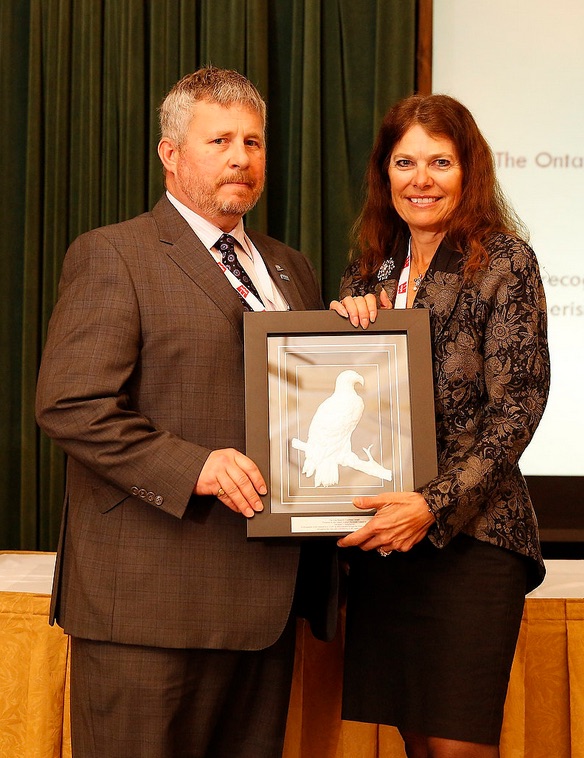 Marianne O’Shaughnessy, asphalt terminal manager for IKO Industries Ltd. in Hamilton was awarded the King Beamish Excellence Award for her tireless volunteer efforts through the decades and her contributions to the OAPC Marketing Committee.

R.W. Tomlinson Limited’s Bert Hendricks, executive vice-president of the company’s municipal division, was awarded the 2016 Joe Bunting Mentorship Award in recognition of his passion, dedication and commitment to the advancement of the hot mix asphalt industry and his mentorship of numerous individuals that have made a positive impact throughout the years. The award recognizes the importance of mentorship to the community.