Contractors will soon begin mobilizing to start work on the $4.6 billion Stage 2 of Ottawa’s Light Rail Transit (LRT) expansion project, even as controversy swirls around the delays in completing the LRT’s first stage and about the way the procurement for the second stage was handled.

The city and one of two consortiums working on the project, East-West Connectors (EWC) (led by Kiewit and Vinci), reached financial close for the Confederation Line East and West Extensions on April 26. The city signed the north-south Trillium Line expansion deal with SNC-Lavalin, working under the name TransitNEXT, in March.

Almost the same time the city announced the EWC financial close, the official responsible for delivering the expansion decided to resign. Chris Swail said he wanted to spend some time with his family, while considering future career options.

This decision is in part because Swail’s old position is no more – since the project has moved to the construction phase, the planning position was not required, and staff working under Swail have ben transitioned to the O-Train construction team led by director Michael Morgan. (Swail could have applied and transferred to another city position, but he decided to leave, instead.)

The SNC-Lavalin/TransitNEXT element of the project has been controversial, in part because of a published report by the Canadian Broadcasting Corporation that the contractor failed to meet the “technical score” of 70 per cent for its part of the overall project – the $1.6 billion extension of the Trillium line to the airport and beyond.

The LRT’s first stage, for which SNC-Lavalin has a 40 per cent stake, has been plagued by delays, and still isn’t open. Mayor Jim Watson says he expects the commuter trains to be running through downtown tunnels by the summer – many months after the original scheduled launch date. There have been published reports indicating concerns about construction flaws and possible water leaks in the tunnel system – and concerns about the reliability of trains on above-ground tracks in winter conditions.

The city has declined to release the scoring criteria or explain its decision to award the Trillium Line extension project to TransitNEXT, although it was only competing bidder to propose work under the city’s budget levels, and the city procurement process has provisions to allow for managerial discretion in reviewing the technical qualification scoring, in part because the scoring system through a variety of screens/committees includes some subjective elements. (SNC/TransitNEXT would never have made it past the initial screening if it was fundamentally unqualified for the work.)

Regarding the east-west Confederation Line expansion, the city said in a statement that the April 25 financial close milestone was achieved following the execution of transfer payment agreements with both the federal and provincial governments in March, securing a total $2.366 billion contribution to the project.

In addition to Kiewit and Vinci, design engineering services will be provided by WSP Canada and Hatch Ltd.

The city says the EWC team will begin to mobilize on-site, conduct geotechnical investigations and start site preparatory work in the coming weeks.

When complete, Stage 2 will bring 77 per cent of Ottawa residents within five kilometres of the rail transit system. The Stage 2 O-Train network will result in a fully grade-separated system spanning nearly 64 kilometres with 41 stations, 85 vehicles and three maintenance and storage facilities. 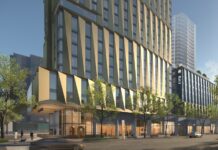 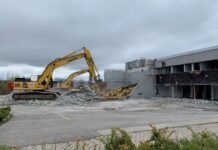