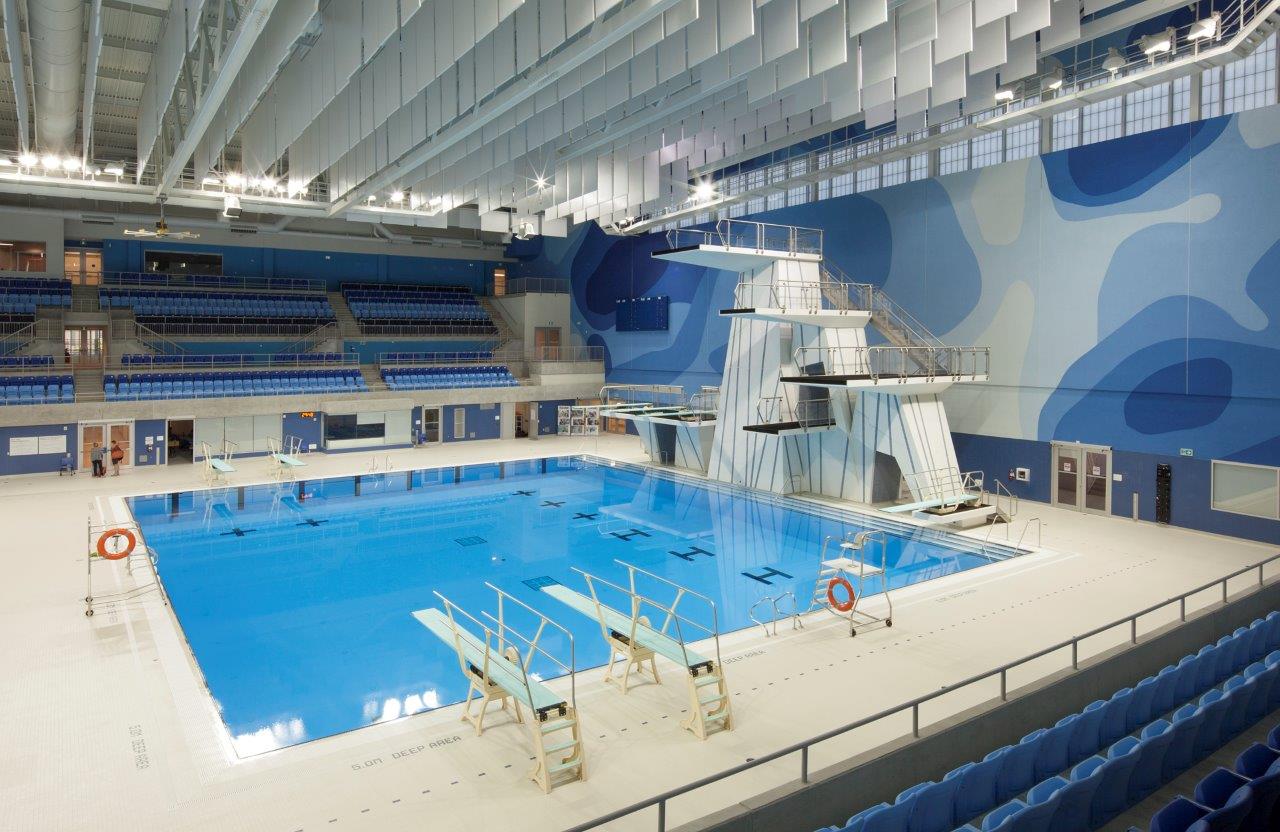 PCL Constructors Canada Inc.’s Toronto Pan Am Aquatics Centre has been named the best project built in Ontario for 2015 by the Ontario General Contractors Association (OGCA).

The OGCA’s Ontario Builder Awards, presented at the Construction Symposium at Blue Mountain, ON, showcases members’ recent and best projects, declaring one winner in each of six categories according to construction volume (from $5 million to more than $300 million). This year’s ceremony contained an element of surprise, as the OCGA decided to choose an overall ‘Best of the Best’ project from amongst the winners.

The OGCA’s inaugural Best Project Built in Ontario distinction was awarded to PCL’s Pan Am Aquatics Centre, in addition to the project winning the category for members with annual construction volume of over $300 million.

“It is an honour for PCL to receive OGCA’s inaugural distinction of the Best Project Built in Ontario for this legacy facility,” said PCL executive vice president Chris Gower. “As one of the largest buildings constructed for the 2015 Pan Am/Para Pan Am Games, the project was achieved on time and on budget thanks to the power of innovation and the collaborative relationships built between our team and multiple partners and stakeholders.”

With a construction value of $160 million, the world-class facility is the largest new-build sports facility for the Pan Am Games and is considered the largest investment in Canadian amateur sport history. At 312,000 square-feet, it includes seating for 8,000 spectators, two internationally sanctioned 10-lane 50-metre pools, a 5-metre deep diving tank, a four-court gymnasium, an indoor walking/running track, a climbing wall, conditioning rooms, a high performance testing centre, studio spaces, and a state-of-the-art fitness centre.

Earlier this year, PCL accepted the Best of the Best Large Project Achievement Award by the Toronto Construction Association for the project, which was also recently certified LEED® Gold by the Canada Green Building Council. As Design-Builder, PCL worked closely with consultants, trade partners, sponsors and owners to complete the project in July, 2014 following an aggressive 24-month schedule, enabling the facility to begin operations and complete testing events one year prior to the Games.

Ontario’s new Construction Act: What changes on July 1 and how...