Ottawa mayor Jim Watson appears to be pouring cold water on the possibility of the city co-operating with the private MOOSE Consortium to open the Prince of Wales bridge to an interprovincial commuter rail system, despite communications from city staff to the Canadian Transportation Agency (CTA) indicating that the city would be willing to work “in a co-ordinated or consultative manner” with an outside organization to provide train service across the bridge.

“Our focus is on our rail system,” Watson told Metro News. “I don’t think MOOSE has the experience, credibility or financing to do what they want to do . . . our bridge is going to be for our train to go over Gatineau.”

MOOSE (Mobility Ottawa-Outaouais: Systems and Enterprises) has been working on the commuter rail initiative – to be funded by station developers in eastern Ontario and western Quebec sharing a portion of their revenue from increased real estate values for land adjacent to the terminals. It proposes to fund, build and run the train service to Smiths Falls, Arnprior and Maxville in eastern Ontario, and Bristol, Wakefield and Montebello in western Quebec, using existing rail corridors through Ottawa and Gatineau and the Prince of Wales Bridge.

The consortium proposed in 2013 to the Ottawa that it would be prepared to absorb the estimated $50 million costs of rebuilding the bridge spanning the Ottawa River between Ottawa and Gatineau.

Ottawa owns the railroad – part of it is used for the O-Train line — and the interprovincial bridge, putting the enterprise under CTA regulatory oversight.

Compounding problems, from MOOSE’s perspective, the city dug up a few hundred meters of track near the Bayview Station as part of Light Rail Transit Confederation Line, effectively breaking the north-south rail link. When this happened, MOOSE filed a complaint with the CTA because it asserted that the city hadn’t followed the correct process to discontinue a rail line.

After about a year, the CTA appears to have responded, giving the city notice that it needs to be prepared to accommodate MOOSE and provide a timeline to rehabilitate and open the rail line and the Prince of Wales Bridge – and the city, in the recent letter to the CTA, indicated that it appears to be ready to co-operate.

But not the Mayor. Watson believes that the bridge should be used for the city’s own link with Gatineau in a later stage of the LRT project.

“Evidently Mr. Watson sees a region-wide commercial rail initiative as competition, however in our assessment, it is highly complementary to the City of Ottawa’s stated mandate and goals,” MOOSE director general Joseph Potvin said. “In any case, entrepreneurs do not shy away from competition.”

“The mayor is driven by political forces. The professional staff are driven by rules, including Section 138 of the Canada Transportation Act.”

“Both the engineering and financial studies of MOOSE Consortium are about to get underway,” Potvin said. “At present MOOSE is finalizing the terms of reference for both the engineering and financial studies. Then we will select one of the two large civil engineering companies that responded to our request for expressions of interest. The consortium has already selected which of the large financial analytics firms will undertake the operational revenue study. Several specialty sub-contractor firms are also lined up for each of these.

“Once we run this full package by the investment syndicators, and accommodate their feedback, we’ll announce which companies will lead the work, and we’ll publicly share the details. At that time MOOSE consortium will formalize its discussions with the Algonquin Anishinabeg National Tribal Council, the federal government organizations (the National Capital Commission, the Canadian Transportation Agency, Rail Safety Operations at Transport Canada, Heritage Canada, and others), as well as various entities of the two provinces and 16 municipalities.

“We’re sorry that we can’t be precise about dates, as these involve negotiation and coordination about precise commitments amongst multiple firms,” Potvin said. “However this is moving very quickly.” 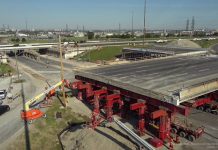 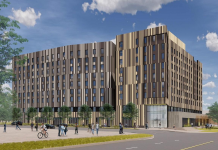