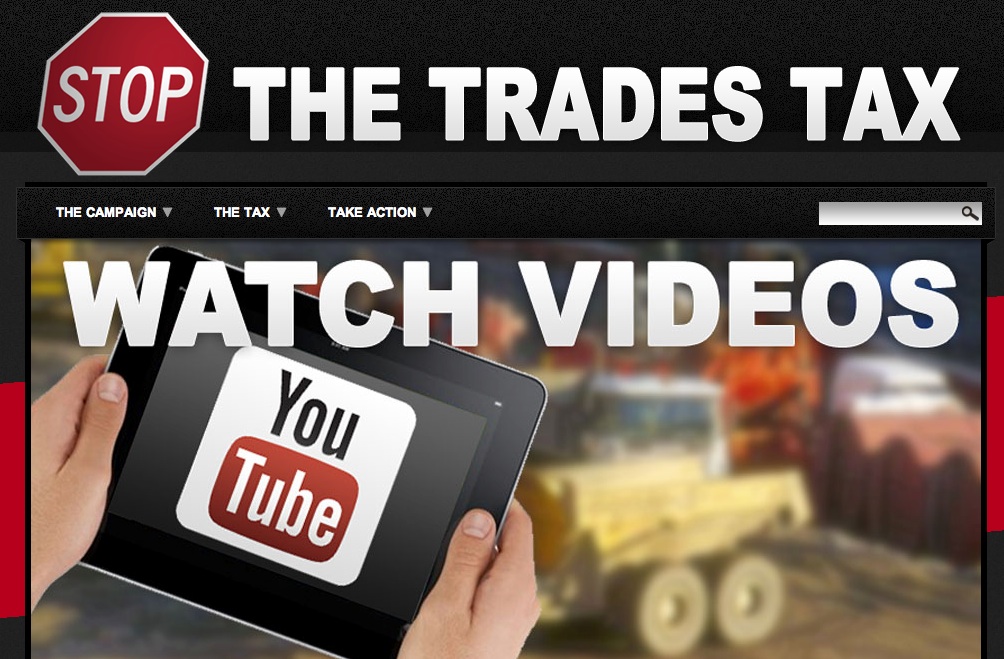 A news release from the “Stop the Trades Tax” group says that more than  8,000 small, medium and large business owners across Ontario have welcomed  Simcoe North MPP Garfield Dunlop’s introduction of a private member’s bill in October to keep skilled-trades employers “exempt from paying the government’s job-killing trades tax,”

Dunlop, the PC critic for skilled trades and apprenticeship reform, introduced the “No New Tax for Businesses Act, 2013” on Oct. 23.  The Private Member’s Bill would eliminate sections 7 and 3.36 in the Ontario College of Trades and Apprenticeship Act, 2009. “This would exempt employers from having to join the College of Trades and pay the trades tax. If these changes are not made, employers may be forced to start paying the trades tax next year.”

Private member’s bills rarely succeed, especially if they go against the government’s wishes and policies.

“We’re calling on the government to do the right thing and permanently exempt employers from paying millions in taxes to fund a bureaucracy that no one needs,” says Karen Renkema, chair of the Stop The Trades Tax Campaign. “Ontario has struggled for years to attract people to skilled trades. A new government bureaucracy, combined with a new tax on tradespeople and businesses, will only hurt job creation and economic growth.”

Currently Ontario employers have a time limited exemption from paying the “trades tax”, the news release said.  “The trades tax has already forced tradespeople to pay 600 per cent more and employers will be faced with a similar financial burden if hit with this new tax,” said the release.

“Ontario’s skilled trades already adhere to well-established government building codes, engineering standards, public health, safety and environmental regulations. The College of Trades and its tax will only create more red tape and bureaucracy for small businesses and tradespeople,” says Frank Notte, director of government relations, Trillium Automobile Dealers Association. “The Stop The Trades Tax campaign would like to thank MPP Garfield Dunlop for his continued support for tradespeople and efforts to stop the trades tax.”

“The Stop The Trades Tax campaign was launched in 2011 to stop the Ontario government from imposing a new, multi-million dollar trades tax on tradespeople and employers,” the news release said. The campaign has grown to 32 organizations, whose members represent over 130,000 skilled tradespeople and over 8,000 businesses across Ontario. The campaign has also launched a petition to Stop The Trades Tax, which organizers say has over 9,000 signatures.

To learn more about the Stop The Trades Tax campaign visit: www.stopthetradestax.ca