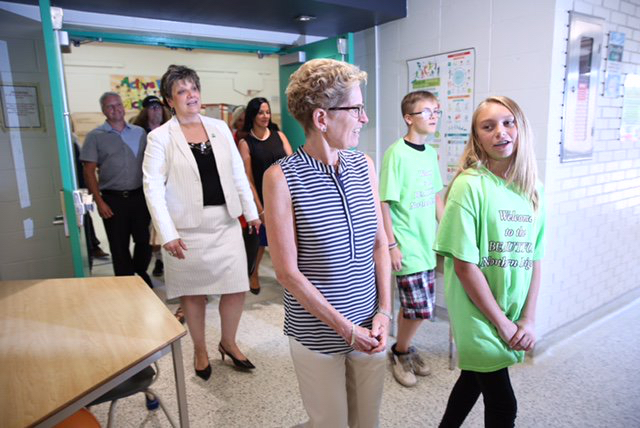 The Ontario government says it is investing an additional $120 million to ensure that schools across Northern Ontario remain safe, modern places for students to learn, bringing the total investment for school repairs for the region to $300 million over the next two years.

Premier Kathleen Wynne made the announcement Aug. 8 at Northern Heights Public School in Sault Ste. Marie as part of her week-long visit to more than a dozen communities across the North. Northern Heights is currently undergoing a major refurbishment funded by a previously announced investment for school repairs in the Algoma District School Board. As part of the new investments, the four school boards serving the Sault Ste. Marie region will receive more than $62 million over two years — nearly $25 million more than originally budgeted.

The government says the new funding addresses the Auditor General’s 2015 recommendations to increase investment in school renewal to 2.5 per cent of schools’ replacement value, and to direct two-thirds of infrastructure investment in schools to renewal and one-third to new construction.