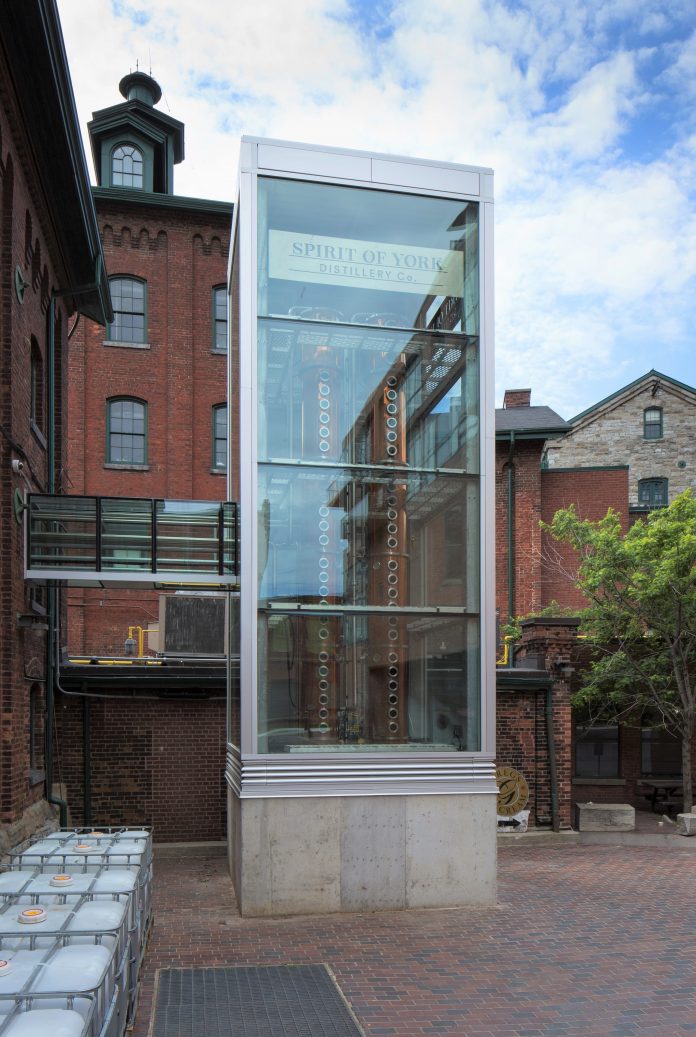 In May, Toronto’s Distillery District was once again able to say it is making spirits, with the opening of the new Spirit of York Distillery.

The 7,200 sq. ft. distillery reclaimed the former Goodheram and Worts malting room, constructed in the 1860s and closed in the 1990s, and is producing small batch gin and vodka made from locally sourced ingredients on what has been described as German imported, world-class equipment.

The building’s history has been maintained through restored exposed brick and new character and detail added with features including a rustic bitters library and greenery lined bar frame. A modern addition to the building includes “two massive 44-filter rectifying towers,” which house copper plates used to distill the spirits and remove impurities.

Perth based Skyline Group applied its expertise in modular safety products to help the project meet its safety requirements and stay on schedule.

Skyline spokesperson Aubrey Ghinn says construction was already underway and the steel work up when the project team recognized platforms would be needed. “There was already a tight deadline for the glass to be installed and no time had been scheduled in to build or install the platforms,” he said.

Ghinn says often when platforms like this are required they are designed by an engineer who then has to acquire the material and have them constructed. Skyline’s approach uses stocked standard aluminum extrusions around which a design is crafted. Once drawings are approved, the process of putting the platform kit together is much faster, in this case by as much as several weeks.

“Our ability to turn things around quickly is based in part on a mindset of modular design. Our focus is on selling a standard product that we combine with custom work to provide an overall custom solution.”

He says the custom kit is then delivered to site, ready to be installed by the general contractor. Constructed of aluminum over steel, the platforms require no welding so are not weather dependent as welding work can be, and require no inspections. They also require painting or galvanizing. “Our kits can be assembled with bolts or screws on site so not only do they save time on our end, they also save time and effort on site.”

The kit delivered to the distillery included the custom platform and a modular ladder system. 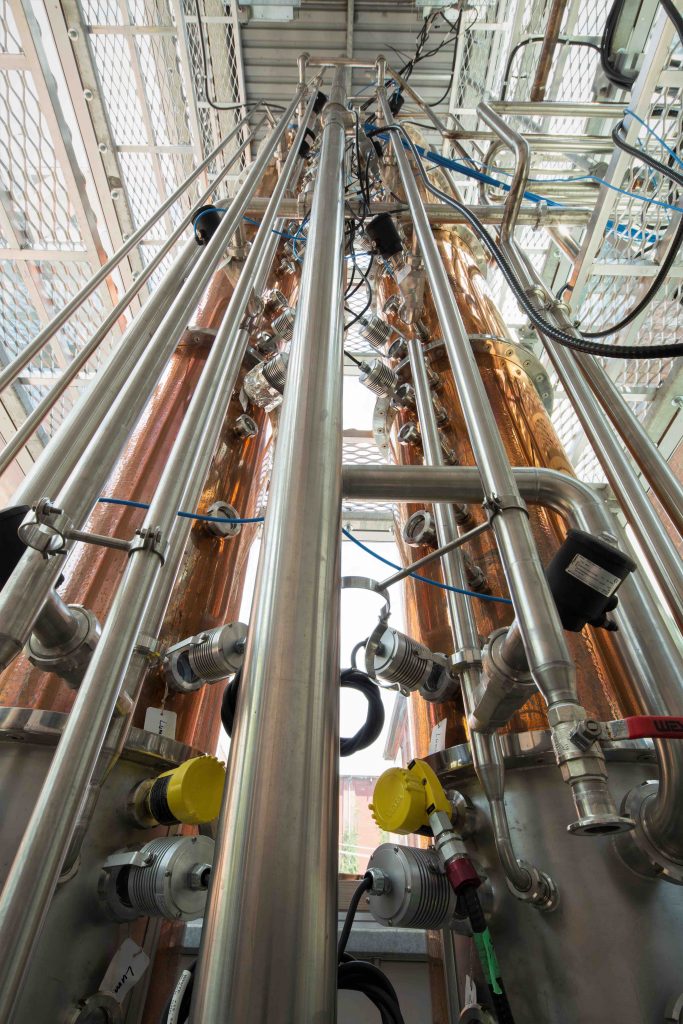 Skyline Group started in Ontario 10 years ago as a small company owned by several families. In 2014 it changed ownership and, while still family owned, has grown exponentially since, adding offices in Montreal and Vancouver and taking on projects across the country.

The company continues to manufacture and stock its guard rails, walkways, ladders, access systems and rooftop safety. “We supplied our product to a project at the Regina legislature in which a platform had to be erected inside a tower and the space the materials could pass through was only 2 ft. by 4 ft.”

Skyline’s modular product, which Ghinn says was then assembled like Lego inside the tower, provided a workable solution.

“The distillery project for instance came about as the result of a referral. There was an element of speed required, our existing client knew we could deliver, and the fact that they recommended us for the job, I think, says a lot.”