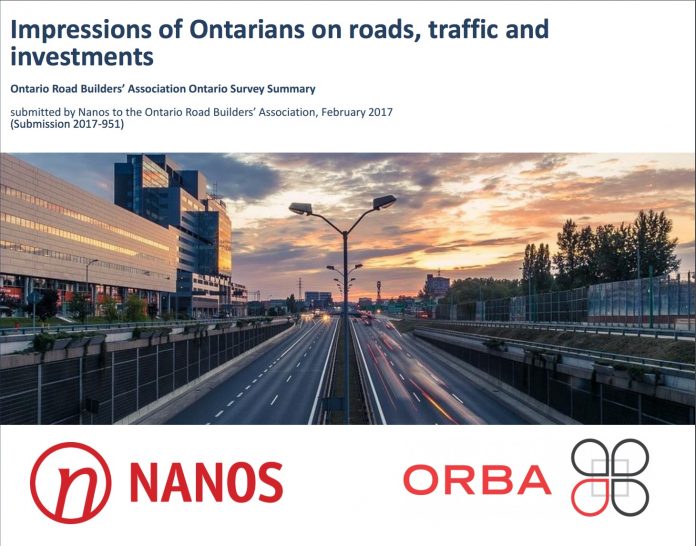 A new survey released by a broad consortium of both public and private sector transportation organizations found that more than nine in 10 Ontarians (96 per cent) support government investment in transportation infrastructure, and among those surveyed, ranked investments in roads and bridges as number two on their list of top infrastructure spending priorities.

A majority of Ontarians feel that traffic is at least somewhat of a concern in their daily lives, and many see investments in road infrastructure as the solution to road traffic concerns across the province.

Just over half (53 per cent) of Ontarians feel that highways, roads and bridges are the most important potential infrastructure investment as opposed to 26 per cent who feel investments should be made towards light rail transit (LRT) and subways.

On the topic of road tolls in Ontario, there were 66 per cent of Ontario residents who think that tolls collected on roads should go towards road maintenance (47 per cent) or infrastructure improvements and expansions (19 per cent).

The survey results have shown that residents in Ontario feel a top priority is for government investments to be made in road infrastructure to provide relief to the traffic congestion on the roads in their communities.

You can view the survey report here.

Gypsum board anti-dumping duties to be decided Jan. 4

Inclusion in construction: How an architect, contractor and union are taking...