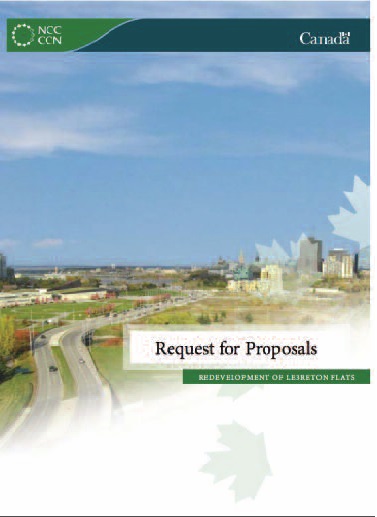 Two of four Lebreton Flats redevelopment proponents submitted their detailed proposals by the extended Dec. 15 deadline, including one that would see the Ottawa Senators move to an arena in the area.

The Senators proposal, associated with Rendez Vous Lebreton Group, will compete against Gatineau-based DCDLS Group (formerly Devcore Group) for the opportunity to develop 9.3 acres near the Canadian War Museum. Meanwhile, DCDLS has proposed a concept with “multiple cultural institutions.”

The NCC had offered $75,000 each to the proponents, along with two others, to prepare detailed proposals. The proponents who did not submit their ideas by the deadline included Claridge Homes (which originally proposed building concert facilities) and Focus Equities (from Victoria, B.C.), which indicated it wanted to build “an international organization’s headquarters on the site.”

The NCC had originally set a deadline of Oct. 31 for the detailed proposals, but two proponents (the NCC wouldn’t name them) asked for the extension to Dec. 15. The NCC said in a news release that it will review the submissions to determine if they meet the RFP’s mandatory requirements. The RFP document is now available online.

The proposals that meet the mandatory requirements will be presented at a public consultation on Jan. 26 and 27, 2016, at the Canadian War Museum. During the twoday event, exhibition rooms will showcase each proposal, and proponents will make presentations followed by a question and answer period for the public. The presentations will be webcast and live-streamed on Periscope to allow Canadians across the country to view and comment on the proposals. Canadians can submit their comments by completing an online questionnaire, which will be available from Jan. 26 to Feb. 8, 2016. Comments received by the public will be provided to the evaluation committee.

The RFP document includes details on the competitive process, as well as the NCC’s design and business objectives that guided the preparation of each proponent’s submission. In addition, the document outlines the criteria that will be used by the evaluation committee to evaluate the proposals. These criteria are as follows: