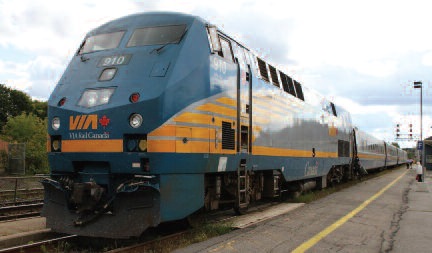 VIA rail has announced a $34.4 million investment for improvements in stations and maintenance facilities in the Windsor-Quebec City rail corridor.

A news release says the investment will be allocated to several projects as part of the overall infrastructure initiative announced in the federal budget.

“This investment allows Via Rail’s rail corridor infrastructure to remain safe and secure while at the same time improving the passenger experience by making it more accessible and efficient for everyday Canadians,” federal transport minister Marc Garneau said in a statement.

“Our services provide an accessible and affordable alternative to cars,” Yves Desjardins-Siciliano, the president and chief executive officer of Via Rail Canada, said in the announcement. “The funds announced today support the necessary shift we need to make towards a more sustainable transportation system.”