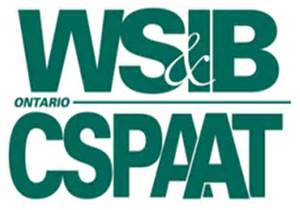 The Workplace Safety and Insurance Board (WSIB) has announced that many industry sectors will see reduced 2017 premium rates greater than expected after a recent recalculation.

WSIB says in a news release that it identified “that when the 2017 target premium rates for Schedule 1 were calculated, a higher Past Claims Cost was used than necessary, resulting in the published rates not being accurately determined.”

As a result, premium rates for the coming year have been recalculated and adjusted accordingly. The announcement says in cases where the calculation resulted in higher rates, WSIB has committed to charging rate groups the lower of the two rates – originally published or revised – meaning no group would see an increase as a result of the new calculation.

For example, rates for workers under categories 190 – Landscaping and Related Services, 374 – Doors and Windows, and 375 Structural and Architectural Products are the same, both before and after the new calculation.

Those whose originally published rate was lower than the revised rate and so will take advantage of WSIB’s commitment to the lowest of the two rates includes: 719 – Inside Finishing, who will pay the originally published rate of 6.65 instead of the newly calculated 6.91; and 929 – Supply of Non-Clerical Labour, who will pay the lower rate of 4.35, compared with the revised rate of 4.65.

A WSIB FAQ says the “cost of allowing employers to pay the lower of the two premium rates will be just under $60 million in 2017. This will be factored into timelines for eliminating the WSIB’s UFL” by 2021.

The exception to the increase expectation is RG 845: Local Government Services and RG 590: Ambulance Services, who were expected to and will see increases due to the “new presumptive Post Traumatic Stress Disorder legislation.”

To ensure accuracy, an internal audit team has verified the updated rates. To avoid similar future situations, the release says an “analysis has been commissioned to identify improved controls to apply during the annual rate setting process to ensure that there are no further miscalculations.”