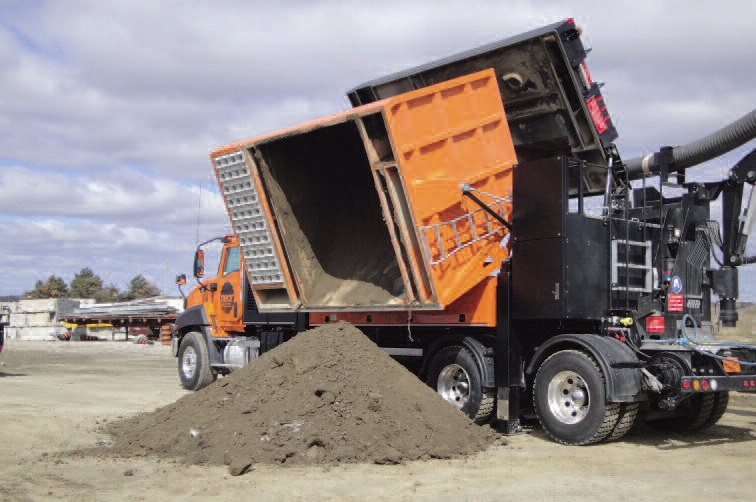 Gear Equipment Inc. is the exclusive distributor for German made RSP suction excavators. The company also owns and operates 16 of its own units and performs works throughout the Greater Toronto and Ontario markets.

The patented air technology guarantees the highest degree of gravity separation, lowest load on the filters and thus consistently high suction performance. The company’s website describes the process, saying: “The fan generates an air flow of up to 44,000 m³/h and a maximum vacuum of 55,000 Pa. The suction hose can be moved three dimensionally via a hydraulically operated boom and is capable of removing material up to 50m in depth and 150m horizantally. All types of media can be sucked up, including solid materials up to 250 mm in diameter.”

Gear Equipment president Tom Bottrell says the procedure is the most environmentally sound method available, in part because all of the material extracted stays on site so it can be reused. “If the material can be reused, that avoids bringing other fill in, saves fuel, reduces tipping fees because it avoids trucks leaving and returning to the site, and it doesn’t require any additional materials, such as water.”

He says the method also has advantages where access may be restricted because the trucks can side dump and it eliminates an extra traffic element where sites are under restricted vehicle access. And, because vehicles don’t need to leave and return, he says productivity improves by as much as four times.

Though the technology has been used in Europe for the past 20 years, he says Gear Equipment is the only company providing and promoting the method in Canada. Currently the company is based out of the GTA but he says plans are in the works to add an office in Eastern Ontario in 2016 and one in western Canada in 2017. For more information, visit http://gearequip.com.