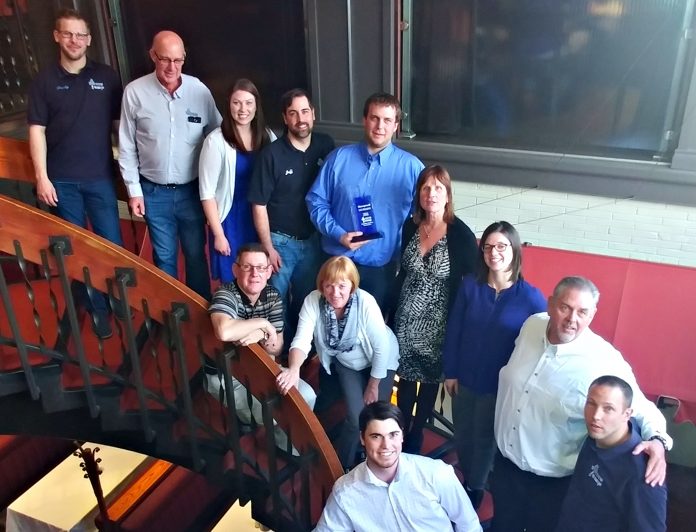 Founded originally by Dave Voll and his nephew Chris, the company remains in the hands of family, now under the direction of Chris and Alex Voll and core staff comprised of industry professionals and budding apprentices.

Business development director Scott Ward says the business evolution came about when Dave Voll realized many clients were missing a functionality in their buildings – the control system that could help them save energy, and help Accu-Temp, as the contractor, diagnose any issues. “Dave was very forward thinking in that respect, ahead of the industry in terms of what was possible and the direction we could be moving.”

Chris Voll, president and co-founder, says his vision at the onset was to service and maintain HVAC equipment in commercial and industrial facilities to create comfortable, optimized indoor environments. As time passed and technology developed, his passion to automate HVAC systems with electronic controls grew.

“In 1989 I purchased our first dos-based PC and partnered with Honeywell to integrate our first HVAC system at a local school. As time went on we have automated hundreds of facilities and my passion continues to grow.”

Technological advances have made systems even more intelligent, allowing Accu-Temp to provide clients with a higher level of analytics and a building knowledge edge. Systems gather data from the building about water, gas and energy usage and then is used to conduct an analysis of the building’s function and performance.

“We can identify changes within the building to head off problems before tenants notice. Some things we can adjust remotely and in other cases, we can help building owners and managers make an informed decision about whether a service call is needed,” Ward said.

If in fact a service call is required, the pre-analysis effort can often reduce time and costs because the specific issue has already been identified.

This kind of building performance analysis can also be applied to LEED, Passive House and Net Zero projects.

Accu-Temp can react quickly as a small company, evolving and changing as technology and possibilities have opened up.

“The thick skin is because when a system doesn’t operate or perform as expected, fingers are pointed,” he said

To avoid this, Accu-Temp invested even more time and money into training and SkySpark by SkyFoundry, the key analytic software used to assist in keeping a building at peak performance.

Team members are trained and hold certification in system and HVAC design, LEED certification, variable frequency drives (VFDS); and Tridium AX and N4. “We also became a Honeywell ACI Elite contractor in 2017. This means we are in the top 12 contractors in North America out of approximately 600, and the only one in Canada at this time.”

Accu-Temp is also working with local colleges to help develop BAS programs because, at this time Ward says, “no one is teaching what we do.”

As a younger person working in the field, Alex Voll says he is thrilled to be working with the experienced and evolving team at Accu-Temp. “My father and I have always shared the common passion for innovation, which helps distinguish Accu-Temp as a leader of technology in our industry. Our well-established roots give us the solid foundation required to grow into the future, and the ability to quickly adapt next generation technologies to continue as a leader in this fast-changing industry.”

Though the company’s base is Kitchener-Waterloo and its original client base was established there, Ward says when Accu-Temp committed to becoming a building control contractor and one of the first independent contractors to be doing this kind of work, the client base grew.

“And as remote access changed from the original 1200 baud dial up modem and the World Wide Web grew, technologies required faster communication speeds. This helped us again as we could remotely assist and access a clients’ building and now do so all over the world.”

From the outset, Ward says Accu-Temp was focused on being open and honest with clients while teaching them how to run their own buildings. “We believed then and know now that if we do our job and keep clients informed, they can make intelligent decisions regarding their building mechanical systems, saving long-term on both maintenance and energy.”

Those relationships meant that as the company transitioned from simple control systems to total building integration, many of the company’s clients followed along. Ward says understanding that the next job will only be a result of the previous, and that businesses are built on relationships and reputation, has always been key to Accu-Temp’s success.

While clients once relied on the team for HVAC service and guidance on systems, Ward says now they rely on the company for more. “Our clients can now reach coast to coast and throughout parts of North American with the ability to trouble shoot with their building mechanical service providers. We also are able to commission existing and new systems.”

Ward says many of the company’s long-term clients transitioned their systems as Accu-Temp’s capabilities grew. Many new clients have also been added including: GoodLife Fitness through more than 100 locations coast to coast; municipalities and schools; multi-use recreational facilities; and long-term care facilities across the country.

Accu-Temp also expanded its offering to include a research and development component that has created many unique and innovative building opportunities, including becoming the first Canadian contractor to become a member of the Project Haystack Community (an open source initiative to streamline working with data from the Internet of Things).

The company’s staff of 20 operate from an 8,000 sq. ft. facility in Kitchener, and an 1,100 sq. ft. branch office in Wasaga that serves Barrie, Orillia, Collingwood, Muskoka and northern Ontario. Ward says the company has double over the past two years, is on track to double again, and is looking strategically for other markets it might be able to serve.

In order to better serve and educate clients, the company will host educational sessions called #AccuTalks either in its own facilities or at a client’s location. The company also participates in symposiums across North America.

Understanding the importance of being part of the communities in which it operates, the company is a top 10 participant in GoodLife Fitness’ Spin for Kids, participates in the Barrie Construction Association’s Ride for Cancer, is a contributor to Student Construction Day with BCA, among others.

Looking back on 35 years, Ward says Accu-Temp has been fortunate in the relationships it has created and maintained. “We know and respect our competition and many long-term clients who have grown and evolved with us.”

Chris says, though he should be winding down as he passes the torch to the next generation, the opportunity to be part of the evolving role of data, and the even more valuable role it will play with the Internet of Things (IOT) means he will continue to be involved, taking the opportunity to help move the company into its next phase.

As that next generation, Alex says he looks “forward to the many chapters to come, and the great opportunity to grow this business to the next level.” 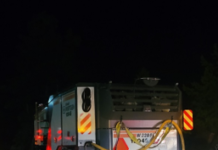 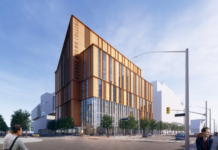